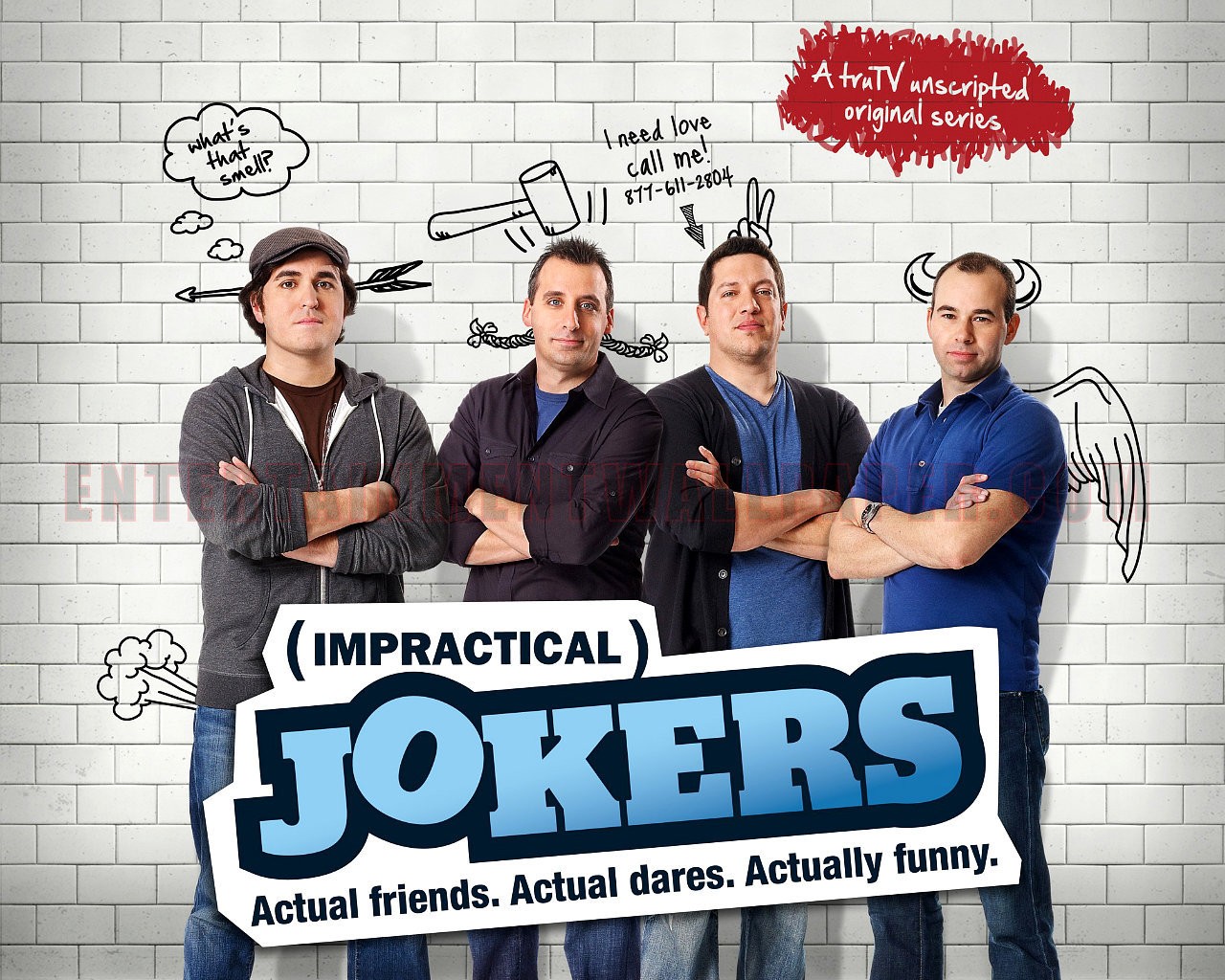 Impractical Jokers is the funniest TV show I’ve ever seen. I don’t say that lightly but it speaks for itself when every episode has me laughing so much I literally have tears in my eyes. Not bad for what is essentially a prank show.

The key to this prank show compared to all the others are that the pranks are on both the general public, but in a much more real sense, the actual comedians taking part. These comedians are the comedy troupe known as The Tenderloins and they are the key to the whole success of the show.

The idea is that they take part in everyday situations but must do and say whatever the other three comedians, hidden somewhere else and communicating via an in-ear mic, tell them too. This is a pretty basic explanation because there are games and challenges the group undertake but to keep it simple, that is the basic premise. The challenge is in the extreme suggestions they make to each other, all involving the general public and making a fool of themselves. If they refuse, they lose and must complete a punishment at the end of the episode.

The key to it’s success is that the Tenderloins know each other so well and so can maximise the embarrassment. They know that Sal is a germ-a-phobe so will hate the idea of holding dog poo as a punishment or that Q is a poor public speaker so won’t be able to present a fashion show. Knowing this makes it so much funnier.

The other positive is that it is unscripted and consequently unpredictable. The comedians, both the ones giving the orders and those reacting, have to think on their feet. A challenge in which they have to get from one side of a supermarket to another by only moving if they are touching someone, demonstrates how random it can be, literally putting your success in the hands of who from the general public you can get involved.

The challenges are the biggest obstacle and could have failed if they weren’t so original. Considering it is on it’s fourth season, they don’t seem to have dried up of ideas. These challenges range from teaching a class at the gym, completely unprepared and prepped by the others to trying to get passers-by to help you bury an object that you do not know the identity of until the member of the public is in front of you. The show is cringe-inducing, shocking, close to the bone but always hilarious.

We have tried to recreate the show in the UK but it was never as successful. The friendship and camaraderie of the Tenderloins makes the show much better and much more entertaining. It also means they can successfully involve family members and other personal touches to ramp up the pressure and pranks.

The biggest shame is that the show is hidden away. In the UK it is on Comedy Central and was found with the luck of the tv guide, and only because I liked the UK version. In America it is on the TruTV and that is a network I have never heard of, so I’m not sure how successful it is there either. I’m just hoping it continues because it is the funniest show I have ever seen.

Overall, Impractical Jokers is a show you need to see. It is hilarious and never fails to make me laugh until I cry. It delivers every episode with great challenges, unpredictable pranks and public reactions. The cast of comedians, The Tenderloins, make the show so successful and it would surely fail without their chemistry and clear friendship. If you haven’t seen it, or even heard of it, find this show, it’s a must!

One thought on “Why you should be watching Impractical Jokers”