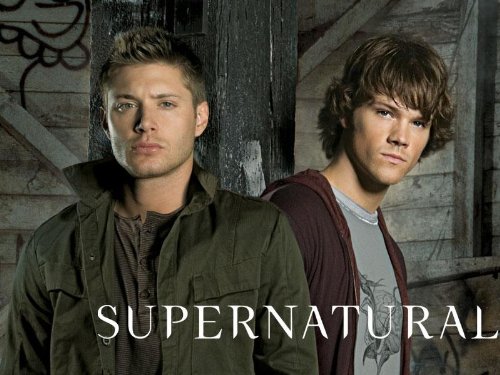 While watching the first season of Supernatural you have to wonder whether in today’s busy schedules, it would have survived it’s first year. It is never bad or unwatchable, just patchy, using at least the first few episodes to find it’s feet. It has huge potential on paper, with two brothers heading across America fighting supernatural beings. The sky is the limit. The major issue comes with the tone.

Supernatural has to make a decision early-on. It needs to decide whether it wants to be scary, action-focused, light-hearted or overly dramatic. You can be a mix of these things but it is harder to do and Supernatural unfortunately doesn’t quite manage it successfully with every episode.

It can do scary and at times this works very well, with the brothers coming up against some very inventive monsters and finding themselves in creepy situations. This works particularly well when the boys come up against well-known folk and urban legends, from evil hitchhikers through to Bloody Mary and the Hook Man. Seeing ghost stories brought to life will always be a winner.

The procedural, “monster of the week” feeling to the show means that episodes are hit and miss though. At it’s best it can be a well-told, scary story which flows at a great pace. At it’s worse it can be a great idea executed badly, for example “Bugs” which is about killer insects (feeding into plenty of people’s irrational fears) but doesn’t make good on it’s promise and has possibly the worse ending of the season and probably the whole series itself.

Luckily for Supernatural’s first season, the show begins to hit a consistent run of quality. This is because it begins to tap into what makes the show so successful; the chemistry between central pairing Sam and Dean. The Winchester Brothers take a while to establish their characters but once they are established, the series flies. Jared Padalecki plays the more sensitive, sensible and lost Sam while Jensen Ackles’ Dean contrasts well with his more free approach to life but dedication to hunting creatures. It makes for a very good dynamic which grows in strength and interest as the series continues.

This plays nicely into the overall season arc, with the brothers hunting the demon that killed their Mother. Being joined by their hunter Dad, who is teased well throughout the series and plays a shadowy figure to the regular characters, the series begins to find direction and has a decent enough finale. The cliffhanger is slightly poor but there is enough interest to keep you watching.

Overall, Supernatural has plenty of promise and if you stick with it you find a great TV show under the patchy quality of the episodes. It can be scary, funny and dramatic in places but excels when it focuses on the key chemistry between the central Winchester Brothers.

Best Episode – Bloody Mary: Seeing a classic urban legend brought to life, in a creepy Ring-style way, shows the potential of the show.

Should there have been another season? – Yes, there is plenty more to come from the supernatural hunting brothers.