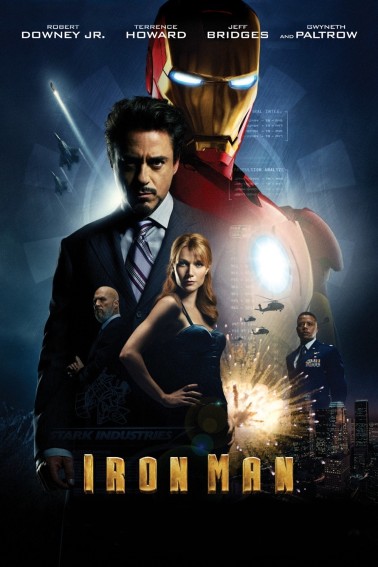 Iron Man should have been called Tony Stark. The actual amount of the film dedicated to Iron Man the Superhero is so small compared to how much is dedicated to Tony Stark and that is the secret to Iron Man’s success.

Everything that is good about this film, the huge appeal of the movie, is the perfect casting of Robert Downey Jr. Nobody else could play Iron Man. Nobody else can balance that perfect amount of cocky arrogance and heroic dedication. Even before Tony Stark is Iron Man, when he is at his most “obnoxious,” he is the kind of self-involved and over-confident that borders on charming. The way he interacts with the soldiers in his jeep or the way he talks his way into a one-night stand with a hostile journalist; it is just obnoxious enough to get the point across without putting us off the character completely.

This is ninety percent down to Downey Jr. We know he can play cocky and arrogant and his fast-talking way with words is fantastic. On multiple watches of the movie, you begin to pick up on the other aspects of his performance which are much more subtle and in some cases more difficult. The change in personality that he faces and goes through when he is in the cave is small but enough for us to care. His face shows concern and his voice carries worry in such a way that you don’t actively notice.

Downey Jr also does a great job of conveying Stark’s personality through a suit with no facial features. The grand entrances when he destroys the small, desert towns and the way he conveys anger, confidence and determination in just the way he walks in a suit. Some of the best scenes in the movie, the funniest and most “Iron Man” defining, are when Stark is “alone.” Downey Jr has to interact with a robot, playing off a character with little to no emotional resonance. Downey Jr sells this fantastically but it’s also hats off to Jon Favreau for the fantastic job he does with this type of scene.

In fact, I don’t think Favreau gets enough credit. Iron Man was the very beginning for one of the most successful and ambitious movie projects of all time and majority of its initial success rested his shoulders. Favreau took a character that was relatively unknown and used it to plant the seed of a huge superhero franchise that now engulfs each and every summer (and will continue to do so for the near future). He did this by making a respectable but very faithful superhero movie for a very underrated (before this movie anyway) comic book character.

The best decision that Favreau and Marvel made when conceiving the idea for Iron Man was to make it less about the suit and more about the man. Tony Stark is the star of the movie and if it hadn’t been for a huge green monster, would probably have been the star of last summer’s biggest movie too. Downey Jr is the secret to Iron Man’s success and in some way, the key to The Avenger’s success too.

Overall, Iron Man is a fantastic superhero movie because it doesn’t actually focus that much on the “super.” Tony Stark is a character you want to succeed, you want to win and love to see beating the villain. This is down to Robert Downey Jr, probably the best actor Marvel has and the one person Marvel have got to be hoping they can keep hold of.