3 of the Best vs 3 of the Worst is exactly what it sounds like – 3 of the best examples of either an actor, film series, genre, etc. versus 3 of the worst. It’s also an opportunity for you to have your say on my choices and whether you would have placed something ahead of my best or my worst. This week is Pixar Movies!

I made this week Pixar week. I watched Monsters Inc on Monday (and reviewed it) and I’m seeing Monsters University tonight. With that in mind, I thought I’d take a look back at the movies Pixar has produced so far and do my usual 3 of the best vs 3 of the worst. It will be difficult for Pixar because there are very few which are bad, which is also why it’s called “3 of the worst” rather than “three bad films.” Some choices will annoy people but I know what I like. This is before I’ve seen Monsters University (which I hope is good enough to get into the top 3) and I also haven’t seen Cars 2 either (for reasons which will become apparent.) Enough yapping from me though… 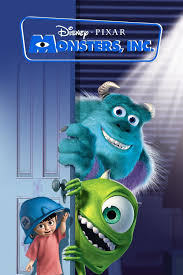 The best of the Pixar films take something familiar and everyday and develops into something bigger, better and ultimately, cooler. Something really simple, like the idea of the monsters in the closet coming from a whole world where they need children’s screams. The movie has great characters, so many funny asides and great added jokes and ultimately a brilliant story. I just hope the sequel does the first movie justice.

This was a difficult one. I could have put any of the Toy Story movies and I almost put all three as a tied third. When I thought it over though, the first takes the prize. That is because it not just gave us a great story, based on a timeless idea, but also launched the computer animated movie industry forward. It’s a brilliant story, with great action and now iconic characters. The fact they managed to keep the quality of the two sequels so high is testament, not just to the first movie and it’s characters, but Pixar themselves.

I love superheroes. I’m a huge comic book geek and love everything about super-powered people and their lives. That is one reason Incredibles just about gets the top spot but it’s also because its one of the greatest superhero movies ever. Its unique, original and tells a fantastic story. It’s very funny and plays on so many of the great superhero clichés without ever mocking the comic book genre directly. I am desperate for a sequel to this movie and would love to see so much more of the Incredibles.

I don’t get it. Its good. Its got some great ideas and is a fantastic story overall but the craze and furore surrounding this movie feels unjustified. To say its one of the biggest grossing movies of all time and one of the most (if not THE most) successful animated movie of all time, seems crazy to me. There are worst Pixar movies but to think that A Bug’s Life and Ratatouille have fallen to the wayside while people get excited about the sequel to this baffles me. I just find it too generic, too ordinary and nowhere near the magic and innovation that Pixar have shown so many times before.

There are no bad Pixar movies. There are just Pixar movies that don’t live up to the huge benchmark already set. Wall-E fits in that category. It’s definitely a great idea and its done very well but I just found it uninspiring and dull in places. It was never the great, exciting and heartfelt movie that other people seem to think it is. The novelty of  Wall-E alone at the beginning began to fade quite quickly and then when the action does begin, it felt messy and rushed rather than as controlled and focused as past movies. Maybe it’s because he’s “cute.”

Cars is as generic a Pixar movie as you can get. It’s not bad, there is a lot to like, it’s just not good. It’s not fantastic, must see, timeless animation like Toy Story or Monsters Inc. It annoys me that merchandise managed to get a sequel (which I haven’t seen) made for this film because there are better films that could have their stories continued. The characters are decent enough, the story is obvious and it lacks any of the true Pixar magic that makes Toy Story or Monsters Inc so original and timeless. A rare miss for a great studio.

Overall, a tough choice and I would gladly sit through any of these films again and find aspects to enjoy. There are no bad Pixar movies, even at their most generic, they produce better than almost any other animated studio. I’m hoping Monsters University is another success though, because many other animated movies are improving and snapping at the heels of the best animated studio around.