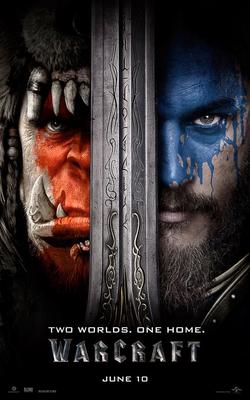 At some point superhero movies will die away. I’m sure it will be with a whimper rather than a bang but just like westerns, musicals and movies about the Romans and Egyptians, the superhero genre will cease to be.

New genres of film don’t just arrive with little to no warning. Sam Raimi’s Spiderman movies, Christopher Nolan’s Dark Knight trilogy and the lowly Iron Man film began the craze which now dominates the summer and if the studios had their way will dominate it until at least 2020. It could be that there is a new genre ready to sweep the summer dates and we as audiences aren’t quite aware of it yet.

If you’d asked me five years ago I would have told you that Young Adult movies may replace the superhero franchises but they have become stunted after the end of The Hunger Games and the pretty lackluster performances of movies like The Divergent and The Maze Runner series. These films continue to be made but don’t quite have the huge impact on the box office they potentially could have.

Science Fiction movies are as close to superhero as we get but they have never really dominated as a genre, just been around as a staple of the summer months. This year sees a belated sequel to Independence Day followed closely by the third Star Trek movie in the rebooted universe. Star Wars was a potential summer crushing movie but Disney and Lucasfilm made the choice to move that to December, creating their own month to destroy the competition.

Reboots, re-imaginings and remakes could well have led the way. Star Trek did so well and the idea of bringing back movies which had past glory could be the new frontier in Hollywood. Jurassic World and Mad Max: Fury Road showed there is life in this yet but it seems that for every Jungle Book, there is a Point Break and that although remakes continue, they don’t make the required impact.

The issue will be that Summer Blockbuster means big, huge event cinema and only a few genres offer this. Science Fiction will keep ticking away but fantasy movies could be where the money is made. Game of Thrones dominates the TV screens and this year sees the first in The Warcraft series. If Warcraft is successful, it could deliver a brand new, huge world for audiences to explore and if they can tap into that gaming audience who have made the series such a success, it could well be the money spinner Hollywood studios need to invest in a new genre.

In fact, there is that other billion-dollar entertainment area that Hollywood haven’t quite been able to crack (no, not that one – get your minds out of the gutter). Video Game movies are notoriously bad and very difficult to bring to the screen. Everything from Super Mario to Final Fantasy has failed and last year a second attempt at a Hitman movie faltered. Maybe Warcraft could remedy this issue and Assassin’s Creed could bring some heavyweight acting to a dead genre, before we get our third Lara Croft movie in the next couple of years.

Or it could be something else. These are just the genres that swim under the surface but all it takes is for someone to create something new or mix together two other genres to design a brand new movie experience for a new craze to begin.

Overall, I’m not sure when superhero movies will stop being the biggest event films of the summer but eventually they will die-out and something will replace it. What this could be is the puzzling thing, from Science-Fiction to Fantasy to even Video Game adaptations when they finally manage to crack it. Let me know your suggestions below.

6 thoughts on “What will eventually replace Superhero movies?”