Jeff Goldblum has the greatest mannerisms and gesticulation in Hollywood. His intonation, the way he expresses his dialogue with gestures and seems to pause perfectly to emphasise a point is part of the magic of the actor. Unfortunately for such a recognisable Hollywood face, Goldblum doesn’t have the career you’d expect. He is responsible for two very well-known characters in two of the biggest summer blockbusters but seems to have resigned himself to a support-player rather than a leading man. 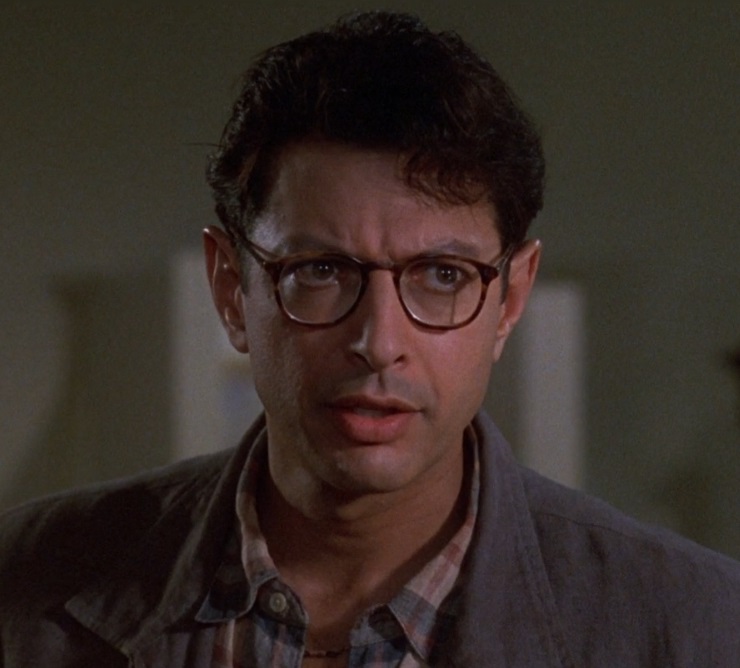 If you ask people to name Jeff Goldblum movies, three will come to people’s minds; Jurassic Park, Independence Day and maybe The Fly. In fact, The Fly was Jeff Goldblum’s first major role back in 1986 and although he will become a supporting artist in many other great and memorable movies, it wouldn’t be until Jurassic Park that his talents would seem to come to the forefront.

It isn’t that Goldblum didn’t headline any movies of his own, just that they are very forgettable. After The Fly Goldblum would go on to make movies such as Beyond Therapy, The Tall Guy, Mister Frost or Deep Cover. All these movies staring Goldblum at the forefront and all of which are forgettable.

It seems to be that Goldblum works best when his isn’t the focus of the film but part of a larger ensemble. This is where his role as Dr Ian Malcolm in Jurassic Park is perfect. Goldblum’s “rock-star” therapist isn’t the star of the movie, he certainly isn’t the hero, but his cool, skeptical and pessimistic character becomes one of the more memorable.

Unfortunately, Goldblum wouldn’t take advantage of this stellar success and another string of forgettable movies would come his way, from Hideaway to the Great White Hype. That is until he is cast as David Levinson in one of summer’s greatest blockbusters.

Independence Day had the perfect pairing of Goldblum and Will Smith. Both were the heroes of the movie and what Smith brought to the role in cockiness and bravado, Goldblum matched with nerves and brains. He managed to make his role as important as Smith’s and it is one that the actor has never bettered.

Even when he returned to the role of Ian Malcolm and fought against the dinosaurs once more in Jurassic Park: The Lost World, the movie didn’t really work. This is down to a combination of factors but one could be that Goldblum’s Malcolm wasn’t the hero people wanted, which was then rectified when Sam Neill returned for Jurassic Park 3.

Since his last major role and head-billing, Goldblum hasn’t ever caught that magic again. He offered able support in movies like Holy Man, Igby Goes Down and even the more recent Grand Budapest Hotel but none of these were his movies.

Even returning to his career peak hasn’t given Goldblum the success he probably would have hoped. Independence Day: Resurgence is a pale imitation of the original 1996 success and although Goldblum brings David back with all the effort and appeal that he did before, it isn’t enough to save the movie, or re-ignite a career which is treading water.

Overall, Jeff Goldblum has become one of Hollywood’s most recognsiable and reliable actors but done so on just a few key roles. Independence Day was his crowning glory but both Jurassic Parks has helped him stay in public consciousness. His film output is frequent but Goldblum is never the starring role, which is maybe something he actually prefers.