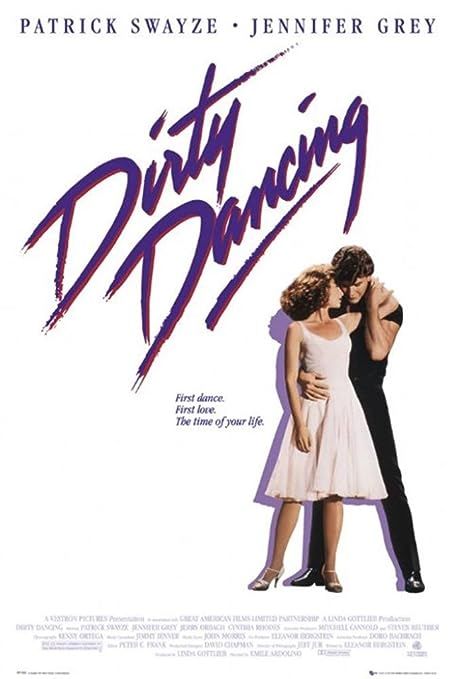 It is clear to see why many regard Dirty Dancing as a classic. For starters the soundtrack is timeless, with songs which still evoke great reaction when played today. The performances are full of spirit that matches the dancing: which can’t help bring a tap to your toe and for a film based around a fairly stale premise, it has hidden depth that manages to keep you hooked.

There is nothing new about “boy from the wrong side of the tracks meets girl from another part of society” but here it is, delivered with a fairly fresh approach. Being thrust together at a holiday camp helps and the slow build of the central relationship as the two characters get slight development beyond the one-note traits which usually accompany this kind of movie.

This was Patrick Swayze at the top of his heartthrob status and movie star credentials and his chemistry with Jennifer Grey makes this film work so well. They seem believable as a couple who shouldn’t work but find a way and you understand why their attraction blossoms as the movie plays through. It also makes the many dance scenes watchable, from the training montages through to the famous finale which brings a smile to your face.

This isn’t just a movie about star-crossed dancers though. Dirty Dancing captures a moment in time. It makes slight commentaries on social class, the divides between those with money and those without and there is a key sub-plot involving abortion and medical insurance which works well because it helps build the central love story. There is plenty here for those wanting to find more than a trashy classic dance movie.

That doesn’t mean it completely escapes some of the tropes that come with a teen romance drama. At times it is fairly melodramatic and plays for high drama when something more subtle would work better. It also has a great finale but a convenient one, where dancing manages to solve all the problems that have developed over the course of the whole film.

Overall, Dirty Dancing is a classic. It has a great soundtrack, entertaining dancing and the chemistry between Grey and Swayze works perfectly. There is plenty of depth to a fairly generic story and enough here to hide the usually corny tropes which make an appearance every now and again.