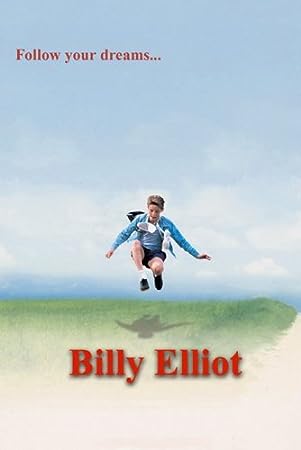 There is something perfectly simple about Billy Elliot. At its core it is a movie about a boy who disobeys his family’s wishes and pursues ballet dancing in secret. Not exactly a complex, deep plot but hidden just underneath this is a movie about acceptance, about finding your place, about politics and recent British history as well as capturing a view of the world at an exact point in the past.

That world is 1980s Northern Britain and it is captured with perfect authenticity. The accents never falter, the surroundings are a mix of idyllic countryside and vast, faceless terraced housing and it has a heavy backdrop of the 80’s miner’s strike. Although this isn’t technically about the miner’s strike, it uses this as a great framing for the story, plunging the Elliot family into a hardship and showing the impact of the strike on a normal working class family with subtle moments like a sparse, cheerless Christmas.  At times the miner’s strike scenes are some of the more engaging, from a high-tempo chase through the streets and houses or the terrifying experience of workers inside the bus as the protesters intimidate from outside.

Luckily, the film never loses track of the story it is trying to tell and that is in part down to the casting of Jamie Bell as Billy. He doesn’t have the feel of a professional actor and his casting is as authentic as the setting. He sells the distress of being a boy who doesn’t share his family’s love of boxing and just wants to dance, something he also excels at. It takes some talent to show a dancer who is flawed and rusty slowly shine and come into his own but Bell manages to pull that transformation off perfectly.

It helps that his teacher is the no nonsense Mrs Wilkinson played by the ever-great Julie Walters. The character is a guide to Billy but also shows the side of North-East England not effected directly by the strikes but who have hardships and problems of their own. The scenes between Walters and Bell are at times funny, often dramatic but never corny, avoiding the obvious cliche, even if it sometimes touches upon them.

That can be said for the film as a whole. It ably avoids the easy route and never plays the story as straight as you’d expect. There are moments which shock and can be so simply raw and real that it feels like a stomach-punch. Other times the story will touch upon moments it doesn’t have the time, or necessarily the need to explore, for example the burgeoning homosexuality of Billy’s best friend Michael. It is never a central plot point but the slight sub-plot fits perfectly in a tale of feeling out-of-place at home.

The highlights of the movie are of course the dance sequences. There are a few stand-out moments, which use music from various decades perfectly. The central dance number, to The Jam’s Town called Malice, is one of pure joy and anger, which manages to sum-up so much of the film in one simple moment.

Overall, Billy Elliot is a complex, compelling drama hidden under the shallow depth of a simple plot. It captures the time period, the setting and the famous moment in British history perfectly while still managing to deliver a film about dancing, dreaming and being yourself.