Michael Bay has slowly gone down in people’s estimations as a Hollywood director but if you look back through his movies, you realise that there is a lot of really good work in there. If you want action sequences, funny one-liners and cool pairings of bizarre cast, then Bay is your man. If you want emotional heft, science fiction or robots in disguise, maybe look elsewhere…

Armageddon has a lot of critics but as a big action, blockbuster disaster movie, you can do much worse. Bruce Willis is fantastic, as is Ben Affleck and the other rag-tag group that Michael Bay puts together. It is also the beginning of the end for the Hollywood blockbuster as we know it, beginning to make way for the superhero renaissance.

Michael Bay is great at directing action sequences for movies with high concept plots and The Rock is the perfect example. Sean Connery is the only man who break back into Alcatraz so with the help of Nicholas Cage’s chemical expert they take on the rogue marines led by Ed Harris. My review says it all but that plot should be enough to entice you anyway!

This movie just pips the The Rock because it is Will Smith and Martin Lawrence at their best. Their chemistry from start to finish is great and it is the perfect example of what Michael Bay does best. The action is explosive, the shots make everyone look cool and the plot is twisted and silly enough to be entertaining.

There is nothing wrong with The Island. It is a solid movie which tells a story many have seen before. It just doesn’t offer enough that is new. Ewan McGregor and Scarlett Johannson are both passable but don’t have the Michael Bay partnership chemistry you’d expect. It felt like Bay trying to go for something different and it never felt like he truly succeeded.

The first Transformers movie isn’t bad at all. It is a lot of fun and does a very good job of bringing the toy franchise to the big screen. What has happened over three sequels is that Michael Bay has begun to let the “fun” get the better of the substance and although some sequences still demonstrate his talents as a director, a lot of the issues lie with poor scripts and over-indulgence in those high-concepts which he made his name with. 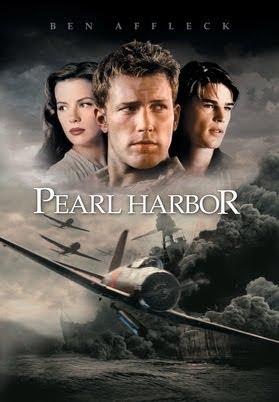 Pearl Harbour felt like Michael Bay was over-reaching. A tangled, obvious love story intertwined with one of America’s most famous military moments was always a bold move and unfortunately it just didn’t work. The actual Pearl Harbour sequence is staged brilliantly but the convoluted love story which follows wasn’t playing to Bay’s strengths and it shows.

Overall, Michael Bay needs to look beyond Transformers and move back to the cool, high-concept action movies he made his name with. This year sees the release of 13 Hours which looks promising if pretty nondescript while talk of a third Bad Boys movie is always circling. Maybe there is life in Bay yet.

One thought on “3 of the Worst vs 3 of the Best: Michael Bay movies”