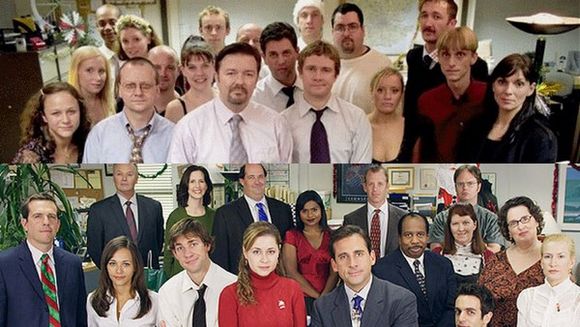 The UK Office is one of the best sitcoms that British television ever produced. Through two seasons and one Christmas special, The Office gave us a “real-life” story, with recognisable characters like awful boss David Brent, as well as a love story between Tim and Dawn which audiences willed to be successful. It was funny, heartfelt and a perfect story told well.

When the American remake was announced, many people thought the idea was a poor one. How could anyone do as good a job as Ricky Gervais in encapsulating such an iconic character? How would the fundamentally British comedy-values that The Office seemed to use translate to America?

Luckily, pilot episode aside, the show was great., Steve Carell created a perfect counterpart to David Brent in Michael Scott, while the story of Tim and Dawn would work perfectly with a new couple, Jim and Pam. Instead of two seasons and a special, The US Office ran for 9 seasons and outgrew it’s original counterparts roots.

Being a fan of both, it made me wonder which is better? Rather than a blanket decision, I’m going to analyse and compare the essential aspects of what makes The Office such a success and which version does it better.

The real success of the show rides on the central boss of The Office. People tuned in because they’d heard about how awful David Brent was but stayed when they realised there was more depth to the overall show. Gervais’ Brent is an archetypal British “boss.” He manages to balance awkward, needy and clueless with a kindness that keeps the audience onside.

There is an argument that Carell’s Michael Scott is worse than Brent. He always seems to go a step further, really causing uncomfortable situations but ultimately hilarious ones. Carell gets more time to develop Scott as well, which helps because by the end of the series, he’s a character you’re rooting for. The love story at the center of the show is arguably the most important part. There is only so much embarrassment you can take but the relationship between the receptionist and the paper salesman keeps you invested. Gervais wrote a perfect relationship, with obstacles that kept necessary distance. It was also completed in the best way at the end of the Christmas special.

Time is the biggest advantage that the US Office has though. They take the same foundations that Dawn and Tim from the UK Office have but can really develop the relationship, taking Jim and Pam further than the stunted beginnings, through marriage and eventually kids.

Gareth from The UK Office was irritating. Mackenzie Crook had done a great job of creating a slimy, geeky and ultimately clueless foil for Martin Freeman’s Tim. The pranks they pull on each other are simple but great, starting with a stapler in jelly (or jello) from the beginning.

More episodes means that The US Office can go further. Jim and Rainn Wilson’s Dwight go a step further, with a relationship that is hilarious. They often offer the better jokes of the episodes and the pranks go an extra level further, creating ingenious but very funny scenes.

Result: The US Office

Two seasons and a Christmas special meant that the rest of the UK’s Office staff were recognisable but never really made an impact. Aside from Ewan Macintosh’s Keith or Robin Hopper’s Malcolm, there was never really an extended story with any of the other staff.

The US Office were forced to develop their cast further. 9 seasons meant it made sense to include more people’s story so Stanley, Kevin, Phyllis and others got whole story-arcs of their own and it made for a much better show.

Result: The US Office 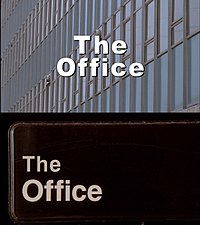 This the key though. Which show is better in quality and this is where the wide range of episodes hurts The US Office. The UK Office is only two seasons and a special but each episode is excellent. There isn’t a weak episode and each has some iconic, incredible moments.

9 seasons means that The US Office can’t say this. There aren’t many but like any show, there is definitely some duds in there, with stories which don’t work or get too far-fetched.

Overall, it looks like the US Office takes it but this is down to the amount of episodes and the benefit of having time to really develop their characters further. If The UK Office had been longer and ran for more time, maybe it would be just as good as it’s US remake.