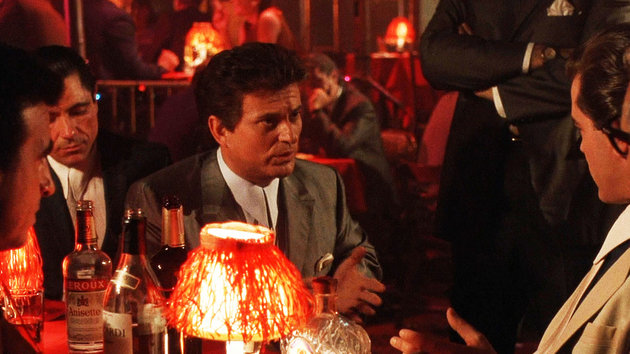 There are few characters as “realistically” scary as Joe Pesci’s Tommy in Goodfellas. “Realistically” scary because the character is unhinged. He could flip at any moment and even though you are his best friend, there is a chance it could mean severe injury or even death. This is shown perfectly in a scene where one his friends makes the mistake of calling him a “funny guy.”

(Warning, explicit language from the beginning)

Joe Pesci gives the performance of his life in Goodfellas and this scene is a perfect example of why. He is entertaining his friends with a story of an interrogation where his character was suitably rude and uncooperative and everyone thinks it is hilarious. Everyone is having a good time.

The key to the scene is the switch. Ray Liotta plays the movie’s narrator, Henry Hill, and innocuously says “you’re a funny guy,” to his unhinged friend. This is when Pesci commands the scene as everyone goes from laughing to nervous or even terrified when Pesci’s character simply asks for an explanation – “funny how?”

It is a bizarre question but it is clear to Liotta’s Hill that if he says the wrong thing, Pesci could snap. Liotta nervously attempts at explanation but Pesci is having none of it and even when someone wants to help Liotta, he shoots them down, explaining that “he’s a big boy, he can explain…”

It only lasts for approximately a minute but it feels like a lifetime. What follows is a pause of about ten seconds when Liotta finally realises his “friend” is joking and that he is in the clear… just about. Liotta and the audience breathe a sigh of relief as the gang all laugh together once again.

This scene is great as it is but becomes better when you realise that it was improvised. Pesci turns on Liotta in a completely unscripted and unexpected exchange, which helps add to the underlying tension. Liotta genuinely doesn’t know where this is going or what Pesci is going to do next. It shows how scary Pesci’s character (and probably the actor himself) really is.

This is shown further in the moments that follow, as Pesci shows his anger and unpredictable temperament on a restaurant manager and then the waiter. It is a perfect example of keeping an audience on their toes as just when you think you can relax, you go back to fearing the character once again.

Overall, Liotta trying to explain to Pesci why he is a “funny guy” is a nerve-shredding scene. It a great showcase for Pesci’s talents, as well as demonstrating how scary his character of Tommy really is. Even more so because it wasn’t even scripted…