This is another example of my love for a director leading me into an unexpected film choice. My interest in ballet is very limited. Prior to this film, I considered Natalie Portman to be an average actress – she was ‘OK’, but I had yet to experience her in breath-taking role. Admittedly, if it hadn’t been for Darren Aronofsky directing Black Swan, I probably would have skipped over it.

I was initially introduced to Darren Aronofsky roughly 14 years ago by my then boyfriend. He spoke about an indie film called Requiem for a Dream (2000) and insisted that we watch it. The title didn’t give anything away about what the film might entail, nor did the DVD cover (wow, I’m going back to a time before streaming and thus a time before films were arguably disposable – that’s an argument and a blog for another day). It was a time when purchasing a film on DVD meant that the film was worth something to you, so I trusted his judgement and went with it.

I was absolutely blown away by Requiem for a Dream. The way in which Aronofsky built the characters, their obsessions and addictions has stayed with me to this day. The portrayal of the Mum in her red dress is still etched within my mind’s film consciousness. There and then, I made it my personal mission to watch everything Aronofsky has directed (something I am still working on), and this is what lead me to Black Swan.

The first time I watched Black Swan was at the cinema. I have to be honest and admit that before watching Black Swan for the second time a few nights ago, I was struggling to remember exactly what the film entailed. I remembered a feeling of being utterly engrossed with the film and was hugely impressed. The second time round, I was not disappointed, and was quite glad that I had remembered little of the film, its story and its characters. I felt I was watching it with fresh eyes.

The characters are typical of Aronofsky. I found them gritty and extreme and not massively likeable. It is the male characters who I believe get the raw deal though, as there is most definitely a negative representation of men. Thomas, the ballet director, is shown acting derogatively towards Nina, accusing her of being frigid. He is portrayed as a sexual predator, forcing a passionate kiss upon Nina in an early scene and later on, is shown touching her intrusively. As the viewer, I found it difficult to watch as the man with the power is arguably taking advantage of this young dancer. Thomas also chooses to call his favourite dancer by the degrading name of, ‘Little Princess’, which I felt was used to reinforce and assert his power and control.

However, it is not just Thomas’ character who acts this way toward Nina. There is the man on the subway who touches himself inappropriately whilst staring at Nina, and the men in the bar wanting sex after Nina’s drink has been spiked. One could argue that this portrayal of men toward Nina is what helps Nina’s transition from the White Swan to the Black Swan. It may have also been used as Nina’s perspective and how she views men. The only sexual encounter in which Nina appeared to be a willing and active participant in was that between herself and Lily, so draw what you may from this. 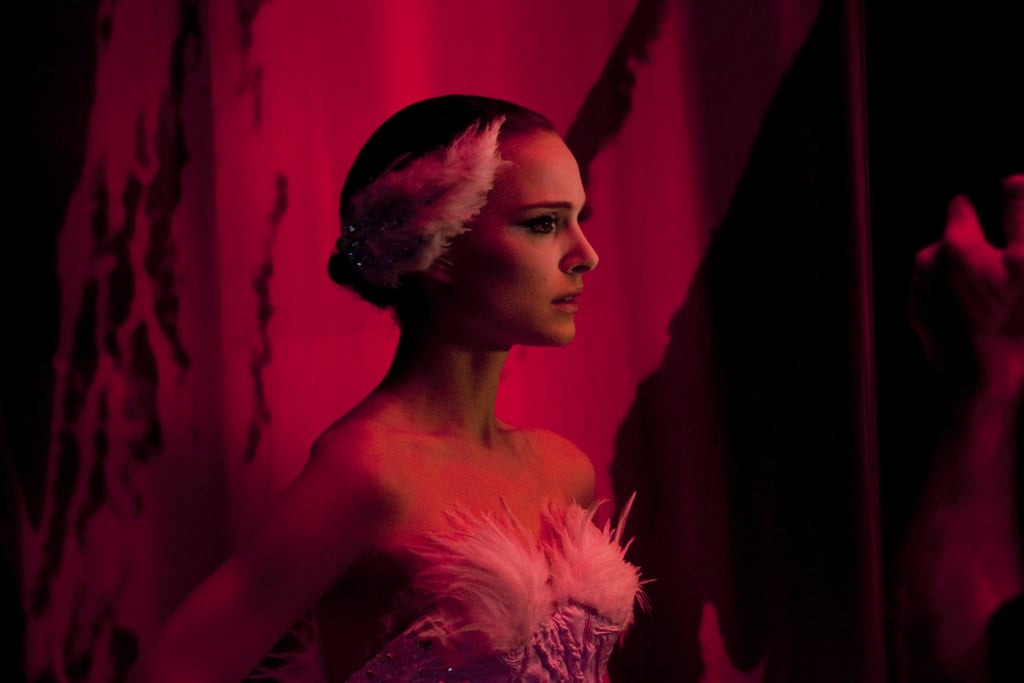 As well as the characters, I also found the use of colour compelling and believe that colours were used purposefully to reinforce the personality traits and intentions of the characters. At the beginning of the film, Nina is regularly dressed in colours, such as whites and pinks. One could propose that these colours signify purity, virginal and innocence – personality traits which Nina embodied but also that of the White Swan. Characters in black, such as Lily and Thomas at points, are meant to correlate with that of the Black Swan. If I saw Lily dressed in black, I was immediately wary and felt as though she could not be trusted. At points, I lost myself in the colours, concentrating more on what the director may have intended, rather than focussing on what was going on in the scene (a trait I often fall victim to when watching Wes Anderson films). I suppose as a film reviewer, this is not necessarily a bad thing, but it is distracting at times.

I also wish to touch upon the correlation between what ballet does to the body physically and psychologically, and how Aronofsky portrayed this in Nina’s transition from the White Swan into the Black Swan. Early scenes show typical trauma to a ballet dancer’s body, where Nina is pictured bandaging up her toes. Physical trauma increases as the transition is ongoing – her shoulder blades and finger nails bleed. There is one scene where Nina is pictured ripping a finger nail and ultimately the skin on the finger is pulled right off. Nina’s personality changes overtime too, switching from the willing-to-please and passive ‘White Swan’ to the rebellious and unpredictable ‘Black Swan’. Is Nina encountering what we are seeing, or is it in her mind? The relationship between Nina and her Mother is the obvious example which clearly depicts this change in her psychological state of mind.

Overall, Aronofsky did not disappoint. I find his work thoroughly intriguing. Natalie Portman exceeded my expectations and gave, what I believe, to be a beautiful and convincing performance both as an actress and a dancer. Most importantly though, my hubby was very happy with my choice of film.

One thought on “Nightmares and Dreams Month: Views from The Wife – Black Swan (2010) Review”