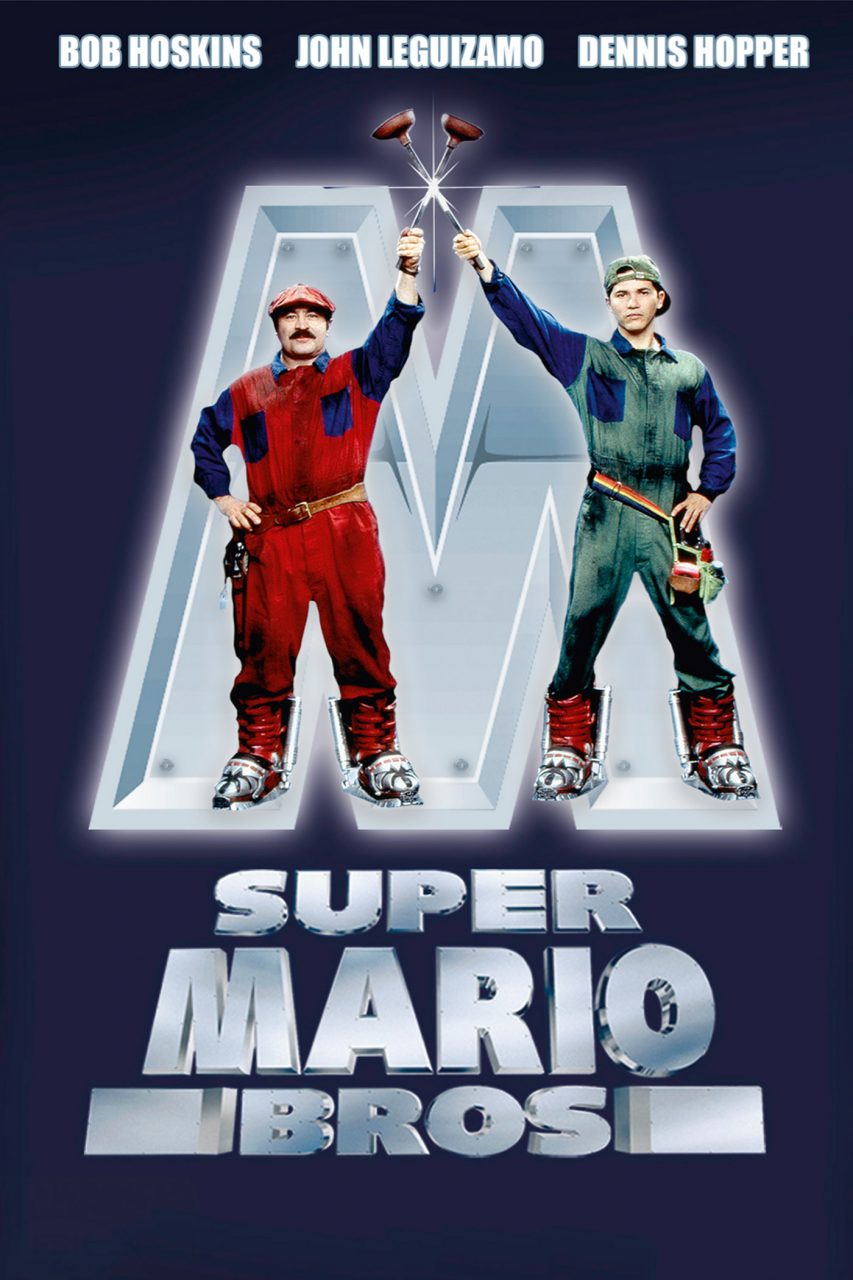 I will never understand any movie studio buying the rights to a hugely successful video-game franchise and then completely ripping the soul out of what made it so successful in the first place. Super Mario is a light, colourful and fun game where a plumber uses pipes and the ability to jump fairly high to squash (remotely) dinosaur related baddies and rescue a princess. The Super Mario Bros movie is about two plumbers being transported through a wall to a dystopian land where an evolved dinosaur tyrant rules over a grimy, fungus ridden city but is trying to merge two dimensions.

To call Super Mario Bros messy is an understatement. There are some elements of the original video-game in here somewhere but for the most part this film doesn’t really know what it wants to be. At best it seems to be using Super Mario to make a more adult-oriented franchise: at it’s worse it is a muddled attempt to cash-in on a video-game the director and producers clearly haven’t played.

What we get is a movie that has a loose story but is content to throw characters from one set-piece to another. The Mario Bros. themselves are caught, escape, have a car chase, a fight in a club, break-in (very easily) to the villains hideout and then seem to aimlessly succeed at every turn.

While all of this is happening, the villain Bowser (who isn’t a huge dinosaur like the game this movie is supposedly based on) just shouts, grins maniacally and obsessively cleans himself in a character trait that is hugely under-developed and lacks explanation. This is a film which is clearly a result of many script rewrites, too many hands at the typewriter and a succession of people chopping and changing story elements until they don’t make any sense.

There is some elements which seem to hint that the original video-game is in there somewhere. Pipes play a clear part later, there is a Yoshi which does have a long tongue, Bowser shoots fireball and mushrooms are significant. The inclusion of little aspects like Bullet Bill and jumping boots, or a shop owned by the Hammer Bros also helps to appeal to those fond of the source material.

It also helps that Bob Hoskins has some sort of passing resemblance to the original plumber. When he finally dons his red and blue overalls, you can’t help but wish this movie was more in-line with what you’d hope a Super Mario Bros could deliver. Especially if you could still have Dennis Hopper chewing the scenery and relishing his role as the villain.

Overall, Super Mario Bros is a heavy miss in the video-game movie stakes. It ignores it’s source material, tries for something dystopian, dark but ultimately directionless. The plot goes now-where, the characters lack development and aside from a couple of hints to the original video-game, this doesn’t have the charm that Mario should have.