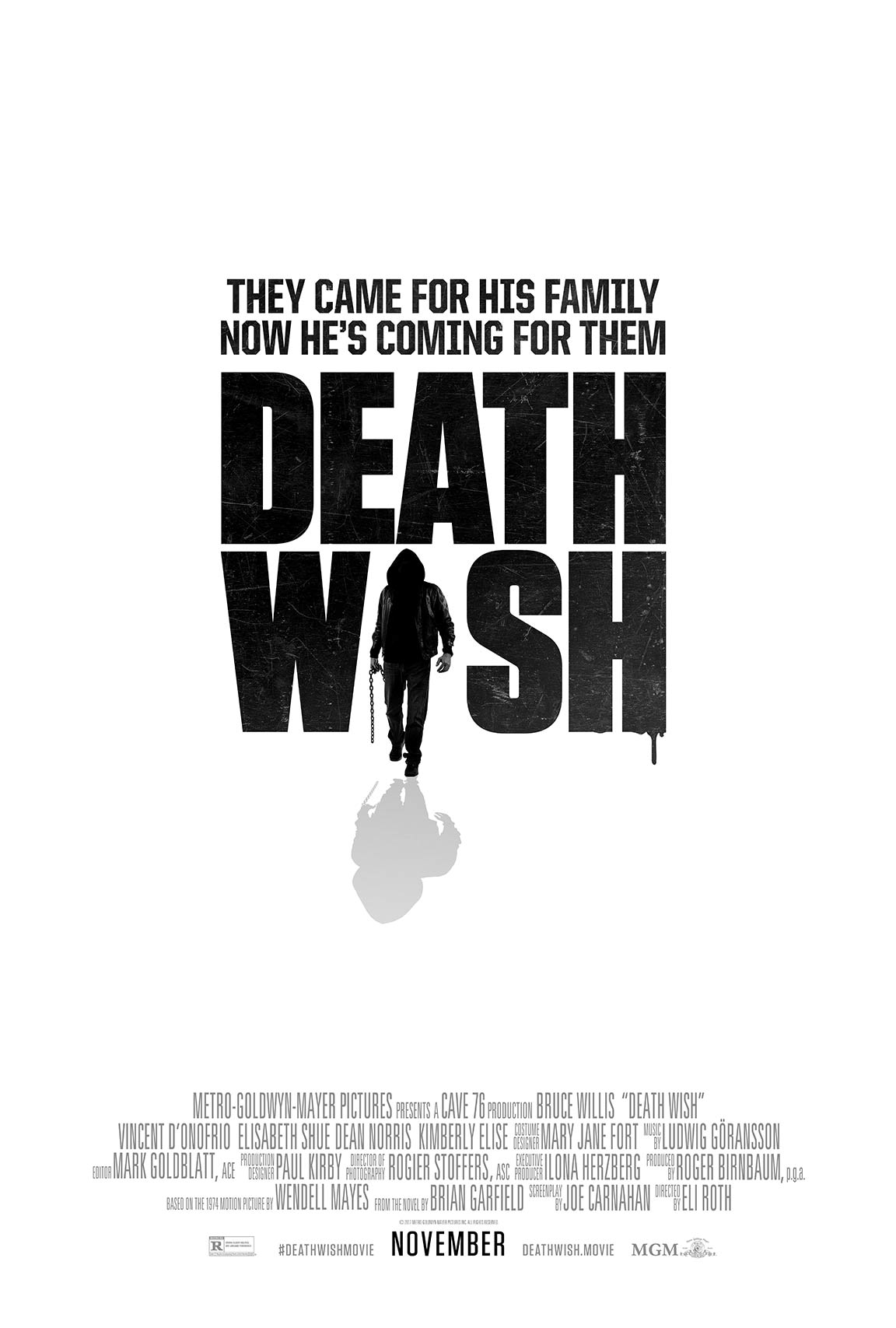 When watching a Bruce Willis movie, you are never really sure which Willis you will get. It could be the Willis who is at the height of his action career, delivering one-liners and unmatched action as John McClane. You could get dramatic Willis who gives stoic and believable performances in movies such as The Sixth Sense and Unbreakable. Or you get the more recent and regular Willis: The man who phones in his performances and relies on his name rather than his skill. Death Wish is luckily the first Willis, a man who is clearly relishing being back in the action driving-seat.

It helps that Death Wish comes with a decent, if somewhat familiar story. Willis plays a surgeon whose family is attacked when he is at work. The story stretches the credibility of how he discovers this attack but when he does it kick-starts a revenge thriller that is both entertaining and satisfying as we watch Willis wreak his bloody revenge.

Revenge movies always have the benefit of catharsis. You want to see the protagonist get his revenge and can slightly relish in the attempts. It helps that Willis plays such an appealing and relatable character. Willis isn’t John McClane here. He plays a man who has no experience with fire-arms and makes silly, obvious mistakes. It means the movie has stakes and doesn’t feel like a wholly unbelievable “one man versus all” action thriller.

The action itself is staged perfectly. There is a good mix of larger set-pieces and shoot-outs with some clever ways of delivering high concept kills. There is also the quieter, more intense moments too, especially when Willis gets to play with the people he is hunting, like one particularly satisfying scene involving a car-jack and one of the attackers.

As it builds the tension and creates a great avenging angel in Willis’ make-shift vigilante, the movie seems to cut itself short. It has an over-simplified, rushed ending which too neatly ties up the movie. It feels cheap when so much great work has gone into creating a character and story which you can get behind.

As a side point, Death Wish also suffers from trailer-spoiler. I’m aware I shouldn’t watch trailers if I want to enjoy a movie fresh but Death Wish’s trailer is particularly bad at giving away key points, decent moments and some story elements which means you can guess or infer where the story will go next. Luckily there is enough here to keep you entertained regardless of the spoilers.

Overall, Death Wish sees Willis back doing what he does best. He is classic action star again and holds the movie perfectly as a relatable, out-of-his-depth vigilante seeking revenge. The story is a classic revenge thriller but executed very well, regardless of the poor ending and spoiler-filled trailers.