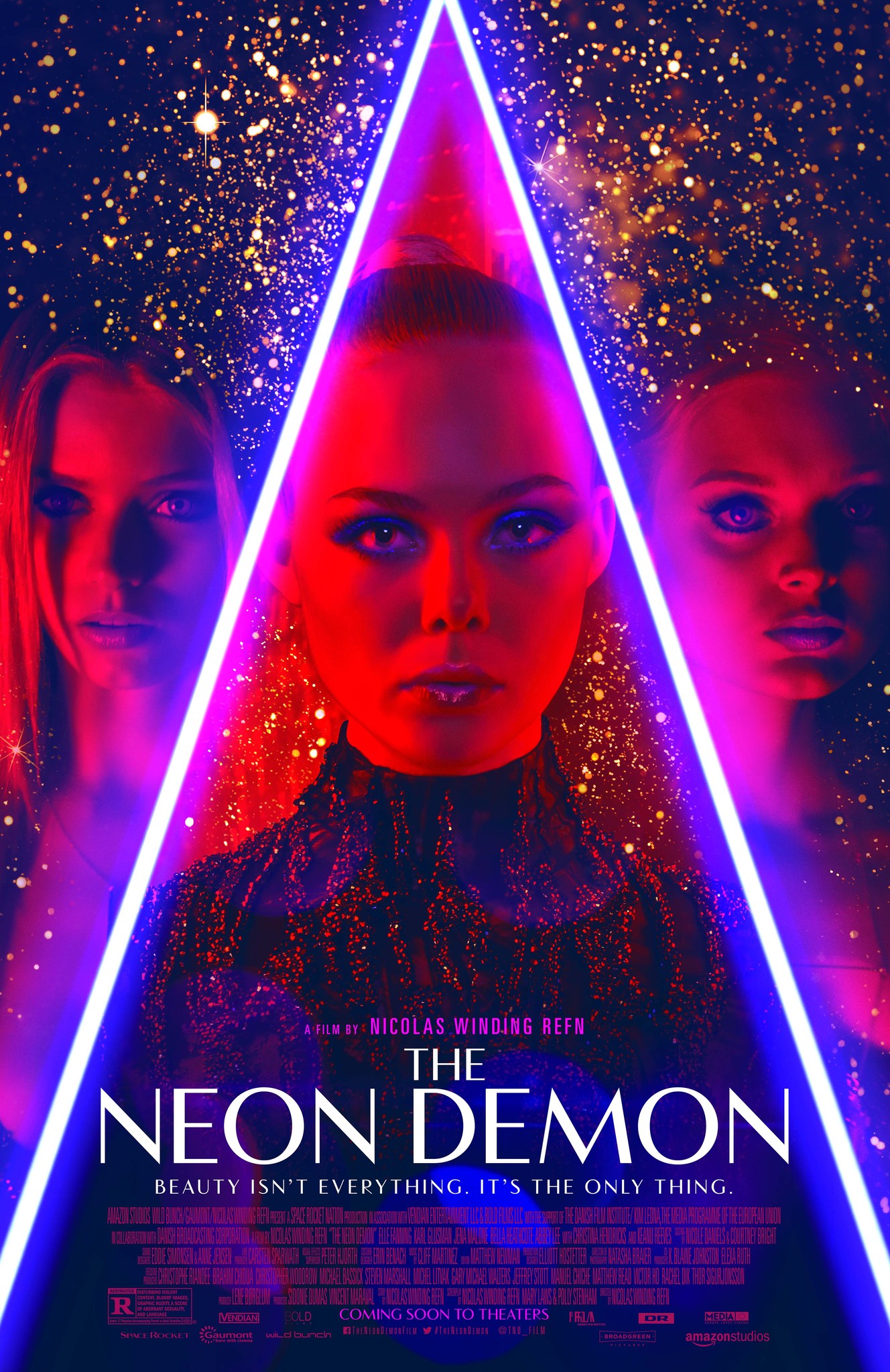 Neon Demon is an example of a movie where the tone, style and mystery will keep you engaged; even if you are not entirely sure what is happening. On the face of it, Neon Demon is a movie about a new, young model making it the hardcore and ruthless LA fashion scene. This is certainly a movie which has lots of hidden depths and plenty of other statements it wants to make. Whether it actually achieved that aim is another matter entirely.

From the opening it is engaging. Framing central star Elle Fanning as an out-of-her-depth innocent young girl helps to give the film an uneasy edge. Everyone she seems to interact with, from Christina Hendrick’s blunt casting agent, through to frenemy Ruby, played by Jena Malone and creepy, constant threat Keanu Reeves as her landlord, are all viewed with suspicion and ulterior-motives. It makes for an interesting but uncomfortable viewing experience.

The story itself seems to be the rise of Fanning’s Jesse and the decline of two of her closest rivals, Gigi and Sarah, played by Bella Heathcote and Abbey Lee respectively. They are the older generation being replaced by the up and coming fresh beauty and some of the scenes which show this stark contrast are fantastic. They play a very clear stereotype of the “bitch-models” but do it well and it seems to be to deliver a clear message of the how brutal and (unsurprisingly) shallow this whole world is.

You also begin to see the decline of Fanning’s Jesse as she embraces this new world and believes her own hype. Choices she makes seem misguided and unfortunate but you are with her every step of the way, wondering where the film is going. If it isn’t inspired by Black Swan, where you trade modelling for ballet, then this is a huge coincidence… until the final act.

The movie makes a bold choice in the final act and becomes something very different. To say it is a horror film wouldn’t be too far from the truth but only in the weird twist it decides to take in it’s climax. Just as the film starts to build and develop into a story you can get behind, it undercuts itself with shocking violence and a clear, grotesque twist. This again may be another commentary on the state of the modelling world but it is so random that this becomes lost in translation.

Overall, The Neon Demon starts well, is compelling throughout and delivers a pretty clear message on the fashion and modelling industry. Fanning is great, while some of the other performances play like tired stereotypes. However the whole film is transformed by a bizarre, rug-pull at the end which seems to change the film and under-cut everything that went before.