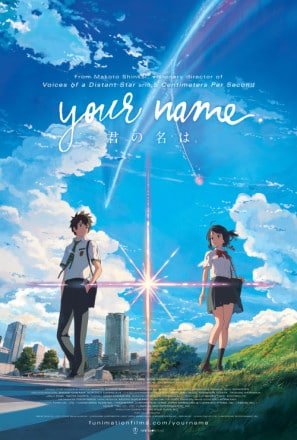 The body-swap plot has been done to death to varying degrees of success. A teenage boy and a teenage girl, from two very different locations and backgrounds, is a slightly different take on the idea and does manage to offer something original. It isn’t until the events of the movie start to truly unfold that it manages to take you in a whole new, unique and unsettling direction.

From the opening you are aware that this isn’t going to be your normal body-swap plot anyway. The body-swapping is already occurring as the film opens and the two start to make peace with this new, bizarre development in their lives. In fact, the usual plot point of any movie of this type, the first day of being “swapped,” has already occurred for one character before the movie has begun. It is an original way to start but as you watch you can’t help but feel cheated out of a key part of the story.

This is something which continues throughout, as aspects of “body-swap” which would be the focal point of the story are breezed across with little consequence. There are the usual “comedy” moments, and the film does a good job of portraying realistically what teenagers would do when they found themselves in the body of the opposite gender, but it soon becomes apparent that this isn’t the usual body-swap film at all. This is a film about falling in love, about destiny and one almighty plot twist.

Some will guess half of the twist almost immediately but most will be blindsided by what happens in the film’s mid-point. It is clear why the events in the first half feel rushed and the pay-off is worth the condensed nature of the story. What begins as fairly run-of-the-mill becomes an emotional, compelling drama which doesn’t play-out the way you’d expect and is brilliant because of it.

All of this is brought to life through two key aspects: the animation and the soundtrack. The animation is in a traditional anime style and looks stunning. The worlds contrast well and are brought to life in a realistic but sometimes mystical way. There are moments when things become slightly spiritual or other-worldly and these are handled with visuals which sparkle with life.

The soundtrack which accompanies it is perfect. From pop to lifting classical music, it enhances the events on the screen, adding heft to the emotion or urgency to the drama. It is a soundtrack which stand alone regardless of the movie but fits the events of the plot and the directions they take.

Those events and the plot unfolding on-screen are never less than compelling. Your Name will keep you guessing through the whole movie and takes the tale in unusual and unexpected directions. Even the title remains a slight mystery until the final line of the final scene.

Overall, Your Name takes a well-worn trope and uses it to tell a unique but mesmerising story. Through stunning animation, the worlds of the two body-swapped characters come to life and once the mid-point twist occurs, an intense, emotional and dramatic movie emerges. The start may put a few people off but it is worth it for a fantastic final act.