To celebrate Views from the Sofa completing its first year, I am presenting the first annual Views from the Sofa awards. These awards aren’t the usual look back over the films, actors and directors of 2012 but instead a look back at all the films I have watched, from any year, in 2012. This means that you can have Prometheus up against Alien or Batman Returns against The Dark Knight Rises. To have a look at the list of potential contenders, here is a full list of all the films I watched in 2012.

So without further ado, here are the awards, their nominees and their winners (with a “speech” justifying their win.)

This was quite difficult. I was trying to judge the winner on the films I had seen them in this year and the different performances they gave. Bale was fantastic in both Dark Knight Rises and The Prestige, Carell is one of my favourite actors at the moment, both Dan in Real Life and Crazy, Stupid, Love demonstrating why and Downey Jr was the best thing in one of the best franchises of the year.

Fassbender pipped it though. Above all others he brought credibility to a superhero franchise, was the best thing in the slight disappointment that was Prometheus and finally, gave a brilliant, probably unmatched performance in Shame. It was close but there was always going to be one eventual winner.

This is the most controversial of choices but was actually easier than the actor to choose. Emma Stone is an up and coming star and though a lot of people will see The Help as her finest role (I have yet to see that), she took the award for starring in three different but brilliant films I saw this year, Crazy, Stupid, Love, The Amazing Spiderman and Easy A. She was fantastic in all of them and is probably one of my favourite actresses at the moment.

This is slightly biased because he is my favourite director anyway but if you put that to one side and look at the films I watched this year, his just about blow the other three nominees out of the water. Whedon did an outstanding job of taking the many Marvel threads and creating Avengers, Abrams directed Star Trek and Super 8, both great films and Scott was behind Alien and Prometheus, the second being the most visually stunning film of 2012.

Nolan did the practically impossible though, he delivered the perfect trilogy. The Dark Knight trilogy is a trilogy with no bad films. The quality doesn’t substantially shift between movies and it tells a complete, perfect story. Add The Prestige, another fantastic film I saw this year, and you can clearly see why I chose him over the other nominees.

This is the only award based purely on films of this year and what a year! It was the perfect summer for blockbusters and delivered probably the best superhero film of all time. It was close between Dark Knight Rises and Avengers Assemble but because Avengers is the culmination of a ridiculously ambitious project, it managed to beat the film that ended the perfect trilogy.

This was a harder award to win because it was up against two of my favourite films which I re-watched this year. Although Star Trek is one of the coolest science-fiction films and Alien is one of the scariest, Avengers Assemble managed to excite every fanboy dream I had! From beginning to end it was everything I wanted in a superhero team-up movie. 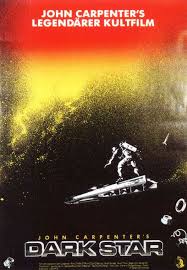 You can read my reasons for disliking Dark Star in my review but to sum it up, it’s a space film with a silly, cheap looking alien, a dull plot and characters that seem to do nothing!

A bit of a random award but this is given to the year in which the films I watched were rated the highest. I averaged out all the ratings I had given the films and 2012 came out on top with an average score of 8.6. With Dark Knight Rises, Skyfall, Avengers Assemble and Amazing Spiderman all being films I really enjoyed this year, it was no surprise really. The other three years all scored an average of 7.9.

Winner – Today I Watched a Movie

This is the hardest award to judge of all but Today I Watched a Movie just managed to edge it. It’s a really accessible, simple way of reviewing films that breaks the movie down into easy, understandable categories. Although the other blogs have great features, well written reviews of their own and have given me great ideas for my blog, Today I Watched a Movie is the blog I have enjoyed the most this year.

So there you have it. The first annual Views from the Sofa awards is done. There will be people who disagree with my decisions so feel free to argue (politely) with my choices. Remember it’s based purely on the films I have seen this year but if you want to recommend films I should have seen, that would be good too.

5 thoughts on “Views from the Sofa Awards”