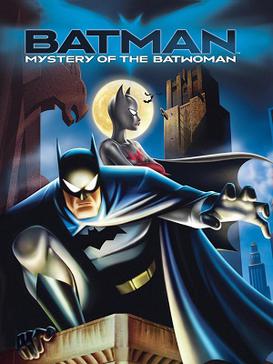 Recently, DC’s animated Batman movies have been brilliant, bringing adaptations of some of the greatest Batman comics to the screen faithfully. It was with this confidence that I watched Mystery of the Batwoman, thinking it would be a version of one of the many Batwomen that have graced the pages of DC comics. Unfortunately, this wasn’t quite what I got and it seems this is more of an extended episode of The Animated series rather than a more definitive version of The Dark Knight.

This isn’t necessarily a bad thing. The Animated Series was fantastic. It was a very faithful, mature version of Batman and still stands-up as a solid series for the superhero today. It gave us some of the most iconic versions of the key characters and even introduced fan favourite Harley Quinn. It even has a lasting impact, with Kevin Conroy still recognised as the definitive voice of Batman and Mark Hamill as the Joker we know (and love).

As long as this movie was a decent episode, using some of the key ingredients that made it so successful, then it wouldn’t matter that it wasn’t based on a comic. To some extent, it is a decent episode. It has the classic action, great explosions, large set-pieces and cool use of the classic Batmobile. It even brings in some decent villains too.

Luckily, Mystery of the Batwoman doesn’t just rely on the Joker. The Penguin is the principle villain and is heavily under-used generally. Add to that a pretty decent version of Bane and you have some good conflict for both Batman, Robin and his new female counterpart.

It is the “mystery” of the Batwoman that is biggest weakness of the movie. It isn’t much of a mystery. It falls heavily into the trap of introducing a new “villain” under a mask and then also introducing lots of new women who could potentially be the Batwoman. It won’t take a genius to work out where it eventually ends and what the resolution to the “mystery” is. It’s just slightly too “kiddie.”

That is my biggest complaint with the whole movie and it feels slightly unfair. This is based on the Batman from a kid’s cartoon and even though it’s watchable by adults (without any shame I may add), it was never Christopher Nolan’s Dark Knight or even the more recent versions of Year One or Dark Knight Returns. It just often lurches too far to the kid audience and borders on the silly.

Overall, Rise of the Batwoman is simply an extended episode of the brilliant Animated Series. Unfortunately, it isn’t particularly a good episode and even though it has Conroy’s voice, some decent villains and great action, it is aimed squarely at a different, much younger audience.