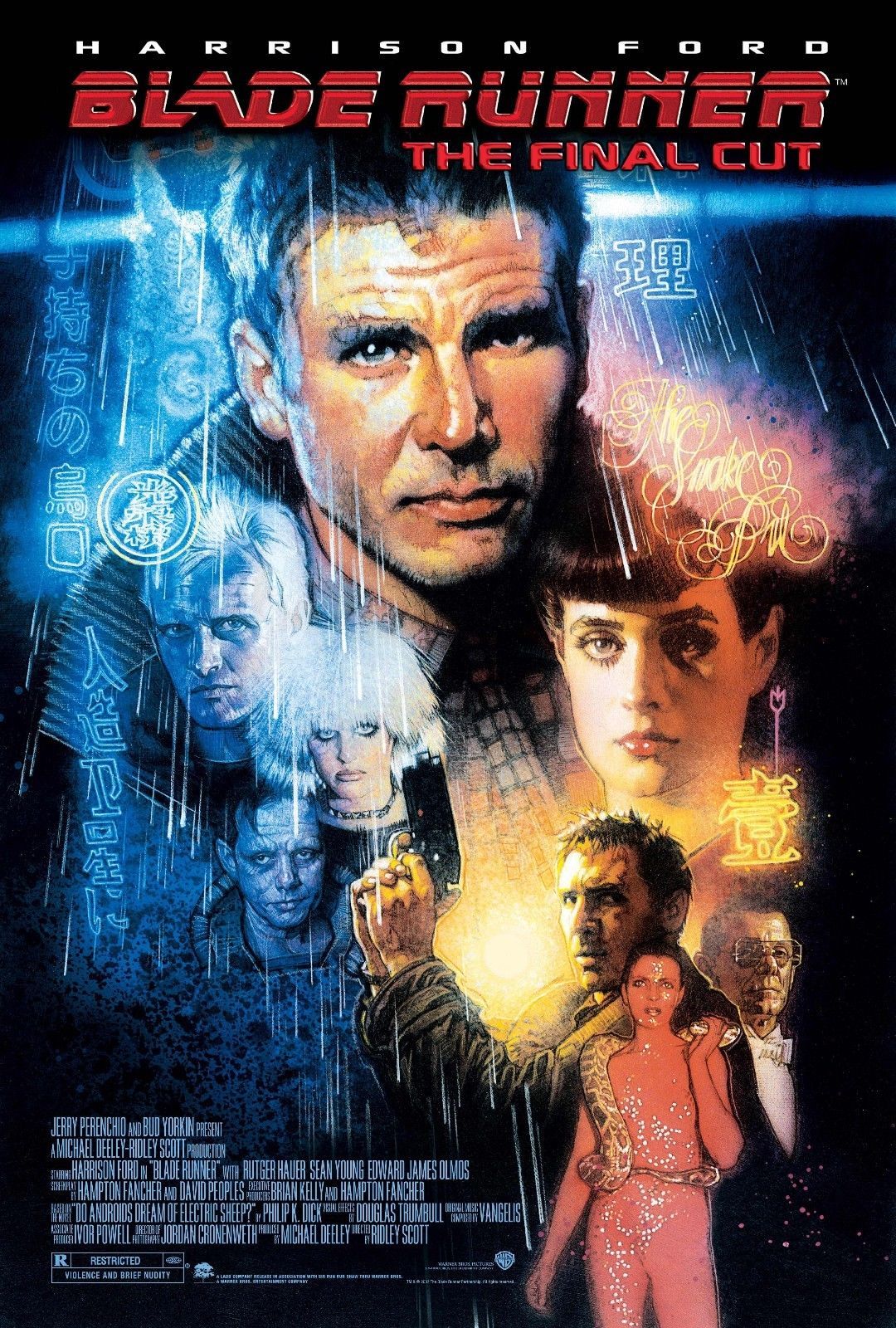 As far as dystopian futures go, there are few as iconic as the 2019 of Blade Runner. It is a fully realised world with fantastic touches which feel futuristic but realistic within the same moments. It makes for a compelling world which includes flying cars, holographic advertisements, super-skyscrapers and of course, Replicants.

The latter is the main focus of the movie and creates an intriguing world to enter. The idea of the Replicants which need “retiring” because they are rebelling against their initial programming leads the movie down plenty of interesting avenues. The story is full of great ideas, from the morality of killing something with a “conscience” through to the idea that some Replicants don’t even know they aren’t human, carrying with it some interesting story and character potential of it’s own.

At the centre of all this is a Harrison Ford bringing with him some of his best work. He isn’t cruising through this movie, which could be said of some of his later work, but instead adding a heft and weight to a man who isn’t sure of the job he has to undertake. He manages to bring some classic “Noir” feel to his Deckard, bringing with him some of the classic tropes from the detective books and movies of the 1950s. It also means he handles the action very well, when it occurs, but never feels like an action hero but instead a man out of his depth.

Particularly when he is up against some great Replicant characters to hunt. Brion James is the menacing, violent Replicant while Daryl Hannah manages to bring some heart and seeming innocence to her character. It is Rutger Hauer who manages to develop his Replicant with little screen-time, managing to balance both menacing and intimidating with vulnerability in one of movies most famous scenes (and monologues).

Blade Runner has some great characters in a fantastic world but still lacks development in some aspects. It has an uneven pace which infuriates at times. The “investigation” parts of Deckard’s story are nothing more than the detective wandering around rooms slowly until he seems to stumble upon a clue. There is much more that could have been done to create the sense that Deckard was a decent Blade Runner rather than a lucky one.

There are some great ideas within Blade Runner but they could be given some more screen-time and care to develop. Moments seem to happen and then are forgotten, with the finale seeming to occur far too easily and far too quickly when so much time was spent to build the menace of the Replicants that Deckard is hunting.

Overall, Blade Runner is a template for how to create a futuristic dystopia. It has some great ideas, in the background and within the actual story of the 2019 Blade Runner is set in. It is a compelling story with great characters and performances to match them. However, better care could be taken with aspects of the wider story.