This week sees the release of the movie which pits two of the biggest comic book characters against each other for the first time on the big screen. Before we see whether Snyder can deliver the movie we all hope it is, here is a comparison of the two heroes so far, with everything from powers, costumes and previous movies. Who comes out on top? 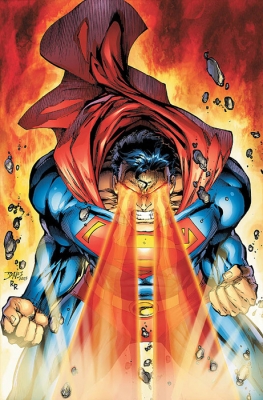 Let’s start at the essentials for a superhero. Superman has it all. He has the flight, strength, laser eyes and super-breath. Batman has the darkness and a whole host of gadgets. He uses fear as his weapon and stalks the darkness intimidating those that commit crime.

Batman is also a great detective and his skills are much more than just brute force. To back that up he also has the car, the plane, the submarine and any manner of cool vehicles to ensure he looks good as he’s chasing the villains.

Unfortunately, no matter how intelligent you are or how scary you are, Superman will always have the greatest powers, so he takes the first round!

Superman is really Clark Kent and Batman is really Bruce Wayne. Clark Kent is an investigative journalist, working for The Daily Planet and using that connection to both hear about the injustice and crimes and get directly involved. He changes and saves lives both in the tights and out of them with the stories he writes. Clark Kent is also just as integral a part of the Superman story as his heroic counterpart. He is Kent first, Superman second.

Bruce Wayne is the other way round. Wayne is Batman much more than he is the billionaire playboy. Other than using his riches to fund his superhero habit, Wayne does very little else and aside from offer the backstory, isn’t quite a integral to the whole story. In same stories, Bruce Wayne doesn’t even get a mention!

The second most important part of being a superhero is the suit. Both symbols are iconic as the other so there is no contest there but the actual ensemble is markedly different. Superman is Blue and Red, a beacon of hope and light. Batman is dark and moody, a symbol of fear. Both do the job they need to and it is down to personal preference really. Our first (and hopefully) only draw.

Superman’s supporting characters feature as heavily as he does. You can’t have Superman without Lois Lane, his adoptive parents and his colleagues Perry White and Jimmy Olson. They offer the family that Clark Kent needs but also have a really bad habit of being in danger and needing saving too.

Bruce Wayne has less of a steady ensemble but at least they stand on their own two feet. He needs an Alfred, trusty butler, confident and if written well, comic relief. His ally on the streets is Commissioner Gordon, another essential part of the story. There are others, like multiple Robins, but really those two are key.

This may have to go to Superman though. Lois Lane may get herself into trouble but at least she has a real impact on the story. Batman would be lost without his allies but the story wouldn’t.

Ask anyone to name Superman’s villains and once people have got past Lex Luthor and General Zod, many of the general public would struggle. Ask people to name Batman’s and they could even get as far as people considered second tier or obscure, like Scarecrow (and now Bane).

Even if we did compare the likes of Brainiac, Bizarro or Doomsday, Batman’s villains are still more interesting. Who would you rather see on-screen: Lex Luthor or The Joker? That alone decides this round.

Both Superman and Batman have had respective cartoon. Both of their “Animated Series” did a good job of bringing the hero to the screen but Batman’s was better and a more accurate depiction of what people want from the character. It even gave us Harley Quinn!

Live action is slightly poor on the Batman front. Of course there was the 1960s seminal TV show starring Adam West but I’ve made my personal feelings about that clear. For Superman, he has had much better service, with both Lois and Clark and Smallville doing decent jobs of bringing the Man of Steel to the screen.

Today we have Gotham for Batman but it doesn’t really star Batman so can it count? It doesn’t really feel like the character in the same way that Smallville did for Superman. The Boy Scout pips it.

Before 1989 this belonged to Superman. Christopher Reeves had successfully made the world believe a man could fly. He then delivered with the better sequel, starring Terrance Stamp as General Zod.

Unfortunately even Reeves version of the almost indestructible hero wasn’t immune to franchise failure and from the ashes of one doomed superhero came Tim Burton and Batman. This was everything people had wanted from the Dark Knight and even came with Jack Nicholson as The Joker.

Again, sequels killed the franchise but Superman didn’t take advantage. Batman got Christopher Nolan and the excellent Dark Knight trilogy, Superman got Bryan Singer and another failed attempt at revival in Superman Returns. Even their latest films didn’t match-up, as The Dark Knight rose, Man of Steel faltered.

Overall, I didn’t see this coming! I’m a huge Batman fan and as I devised the categories I thought this would easily go to The Dark Knight but here, in black and white (or red and blue) is a solid 4-2 win for Superman. He has the powers, the cast, the TV shows and the better alter-ego. I’d much rather read a Batman comic or watch a Batman movie though… so who really wins?

6 thoughts on “Batman vs Superman: Who is better?”