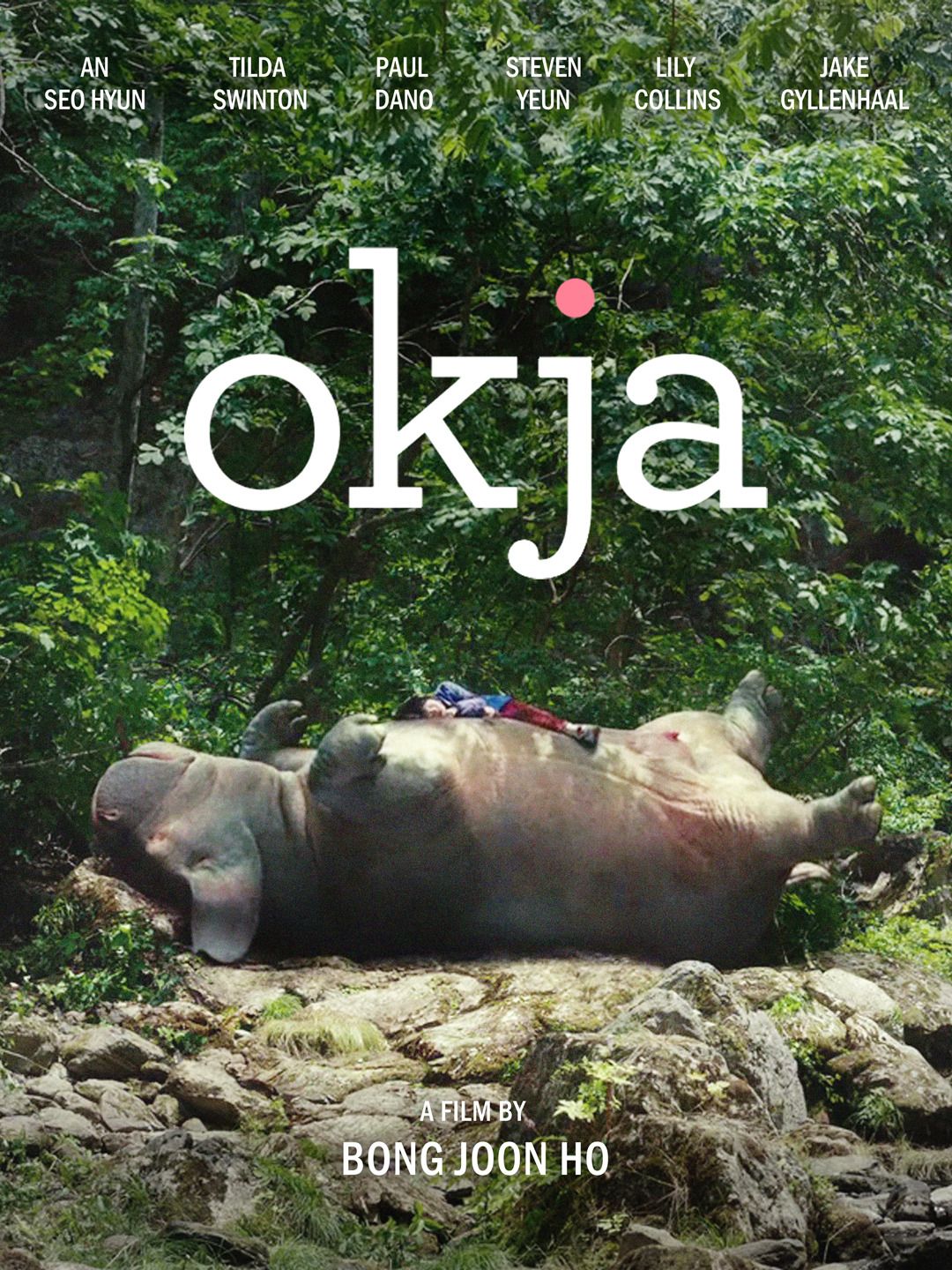 A movie about a girl who befriends a giant pig and then goes on a world-wide search to bring him home when he is “pig-napped: it is easy to imagine Okja as a childish, Disney-inspired movie but you would be wrong. It starts out this way and you are led into the world of girl Mija and her giant, lovable pet pig Okja with a fantastic, extended day of playing and interacting but all this does it set you up for the gut-punch that the rest of this movie delivers.

As cutesy as this film’s plot may seem, the actually movie itself is laced with a dark under-tone which swamps the film at each turn. Once Okja has been taken by the company which bred her, this film becomes a story of animal cruelty, ownership rights, corporation ethics and in it’s plainest sense, the love of a young girl for her pig. As unusual as all this would seem, it is so different to anything else you’ll watch that it works.

The adventure that Mija, played by Seo Hyun, goes on is one which sees her battered, bruised, kidnapped, attacked and manipulated. There are no heroes here that perfectly fit into the black and while definitions that a story like this would lean towards. This means we get a “Steve Irwin” alike TV presenter with sadistic tendencies, played to the full by Jake Gyllenhaal; a corporate executive with sibling envy played by Tilda Swinton and the heroic but slightly psychotic animal-cruelty activist played by Paul Dano. Even Mija herself isn’t the angelic child you’d imagine, working with the company which kidnapped her pet so that she can manipulate them into giving Okja back.

In fact, the purest character in the movie is Okja, which makes the experience the giant pig has even more unbearable to watch. It is tortured, scared and begins to undergo transformations that anyone who has worked with neglected and damaged animals will recognise. This movie even goes as far as to taking the audience to the slaughter-house of these animals for a tense and unpredictable finale.

All of this demonstrates why it is a Netflix movie as no major, mainstream movie studio would touch a film as dark as this. The mature and darker nature makes this movie stand-out though and is why it is so engaging and engrossing, holding your attention and making you invest in the fate of an over-grown pig.

Overall, Okja is a surprising movie which comments on many political and social issues including animal cruelty, corporate ethics and the darker nature of any individual. It is also a charming story of a girl and her over-grown pig which will keep you hooked from beginning to end.