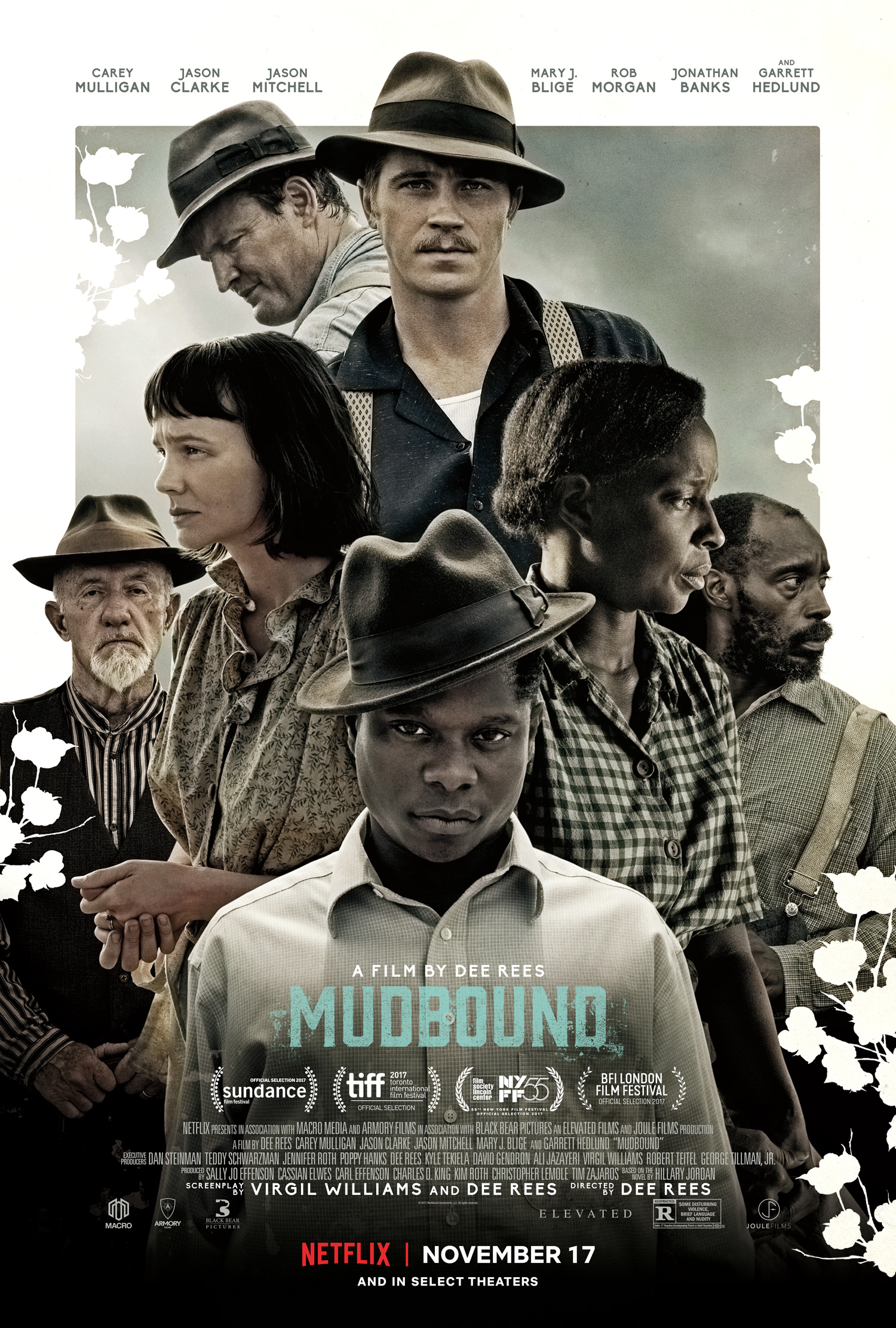 Mudbound is set at an interesting time in American history. The slave trade has not long been abolished so the after-effects of that groundbreaking decision and change in American society is still felt in the tension between the different races. Combine this with an America feeling the shock-waves of the 2nd World War and you get a movie full of social and economic drama that intertwines two very different families tied together by land and circumstance.

It is this dynamic which makes Mudbound so very watchable. The families are going through the same struggles but their skin colour makes for a social dynamic which is never uttered but is clearly felt. Both patriarchs of their respective family’s, Jason Clarke and Rob Morgan are not doing anything wrong or trying to place pressure on the other family but every move brings these two families closer to conflict and when it comes it does so in a brutal and unforgettable fashion.

It helps that Mudbound is painted with shades of grey. There is a clear villain in the story but he doesn’t truly emerge until the third act. Instead we get underlying ripples as actions, circumstance and the fight against the social structure place more and more pressure on the people involved.

The actors portraying the two families are superb. The aforementioned patriarchs play their roles well, from Clarke’s under-pressure farmer trying to do the best for a family he has let-down through to the poor Morgan who is too timid to stand-up for the family he is working so hard for. The woman are well represented too, with Carey Mulligan bringing the type of stellar performance we are to expect from her and Mary J Blige showing that if she took to acting full-time she could be a powerhouse of Hollywood.

Alongside the family-rivalry dynamic is a unwelcome friendship between actors Garrett Hedlund and Jason Mitchell. Forged through an experience of conflict, these two soldiers stand-out when society is so divided and will force the more interesting and violent moments in the film to play-out. There’s is also the most interesting aspect of the film but is played too short to make the required impact on the rest of the movie.

Aside from this tale of ill-fated friendship, the rest of Mudbound doesn’t feel like it does anything too different. It is a comment on a dark time in American history and a spotlight on embedded racism and unchecked violence but it doesn’t tell a story which hasn’t been told before. It is well-constructed, from great performances and striking moments which will stay in the mind but as a whole fails to deliver anything new or unique.

Overall, Mudbound is a tense, complex drama which tells an important story. It is well-acted and has some striking moments which showcase a turbulent time in history. It fails to do anything unique enough though and tells a well-worn and well-visited tale.