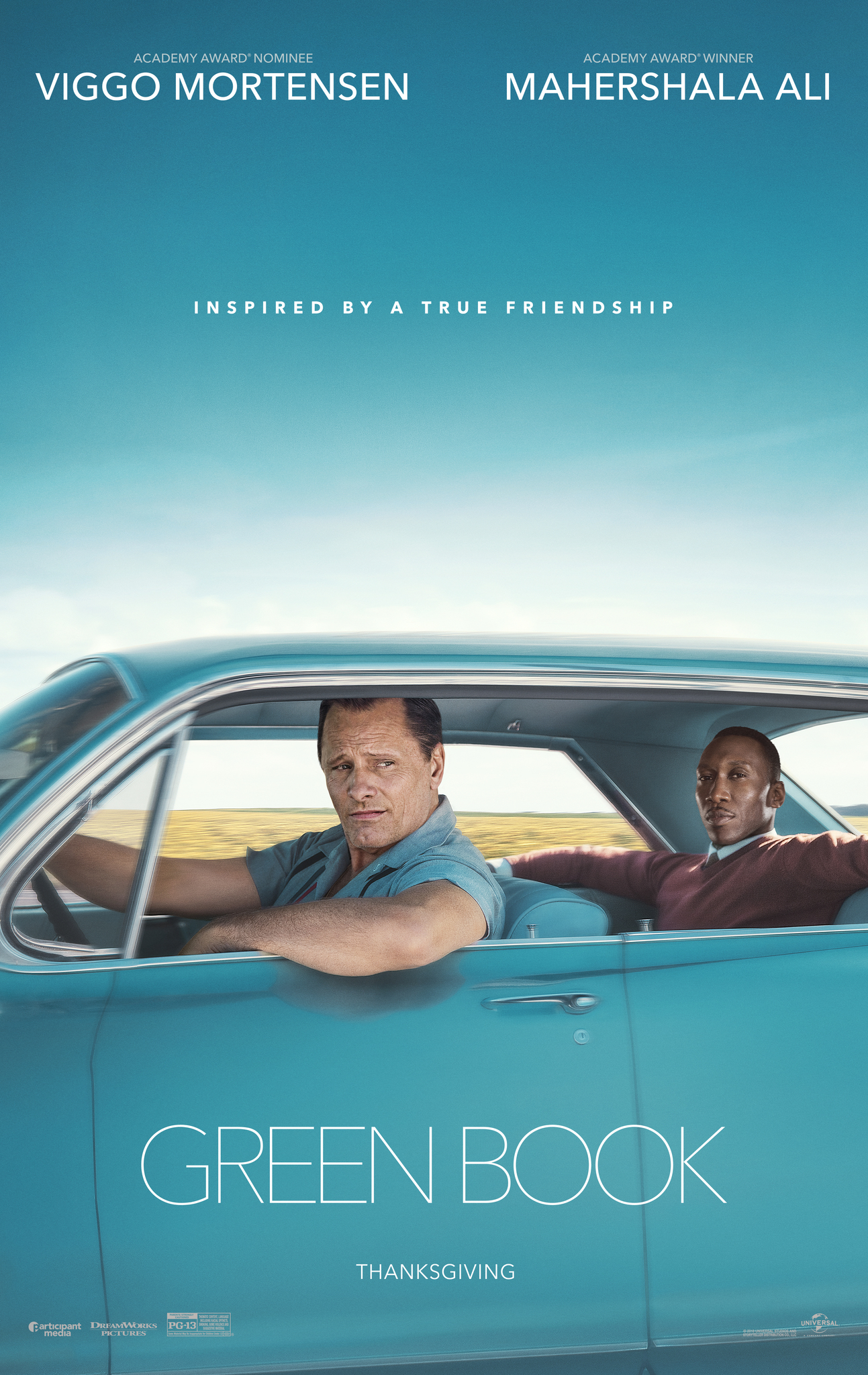 The story of reluctant, racist white person develops respect for black person through forced social encounter is one that has been done to death. Driving Miss Daisy is such a movie that springs to mind and although the intentions behind this kind of film are usually very noble, the result usually falls short of any actual effective social commentary or attempt to bridge any racial divide. This is because it usually falls to the stupid/ignorant white person to lower their social expectations to meet the meek or humble black person. Green Book manages to undercut this with two well-written, much more complicated characters matched by two performances that help bring the story to life.

Although neither of the two characters believe so, both Viggo Mortenson’s Tony Lip and Mahershala Ali’s Dr Don Shirley are equal in intelligence, prejudice and ignorance. They manifest themselves differently; Tony Lip is more street-smart, hands-dirty and open-minded while Shirley is more book-smart, socially aware and has the experience of years of racism that Lip would never understand. The characters are thrown together through an enforcing and driving job that Lip is doing for Shirley, taking him through the Deep-South of America and clearly expecting trouble.

It is in their early exchanges that the dynamic between the characters is established and it is done well. Shirley scoffs at the way Lip talks, his manners and his lack of subtlety while Lip constantly enquires why Shirley does not seem to like all the same things the “other blacks” like. It never feels quite as forced and overt as this explanation makes it sound but it builds a divide which isn’t inherently malicious but does offer minor conflict. It is the slow breaking of this division where Green Book’s success lies.

Both of these characters could have been very dislikeable if not handled by such capable men. Mortenson has a rough charm which means you are on Lip’s side and can forgive the social faux pas, even finding them funny as they occur. He manages to give ignorance the right amount of comedy but knows enough about the world and the journey they’re on to never feel stupid.

Ali’s Shirley is the right amount of pompous but does relent enough to be likeable. His talent on the piano is fantastic, something Ali needs to get credit for, which makes the moments of racism which under-cut the respect people have for him as a musician so much more impactful. In someone else’s hands this could have led to huge confrontations and over-blown drama but Ali sells the quite dignity of a man suffering constant indignity so well.

As for the moments of racism, the film is never too far away from it. There is a tension that envelopes the whole film and you are kept on the edge of your seat. The comedy comes from the interactions between Lip and Shirley but soon they are hit with a moment which takes the wind out of their sails and manages to crash you back down to reality. Some of the racism is subtle, like the Green Book of the title giving addresses of “colored-friendly” motels while others are so much more overt, like the indignation of Shirley eating at an establishment he is allowed to play music for. The message is clear and makes the central relationship so much more powerful because of it.

Green Book is an example of a story you are glad is true. The relationship between Lip and Shirley is developed and built so well that you hope it is one that lasted for a lifetime (spoilers: it is!) and because of that, there is a happy story underneath the prejudice that swallows the whole film.

Overall, Green Book delivers a tale which has been done, in many different forms, many times before. The characters involved here stop this being a cliched, by-the-book retelling of the same old story though and both Mortenson and Ali bring fantastic performances. Green Book is funny, touching but difficult to watch as the racism is all to real and the story all too true.