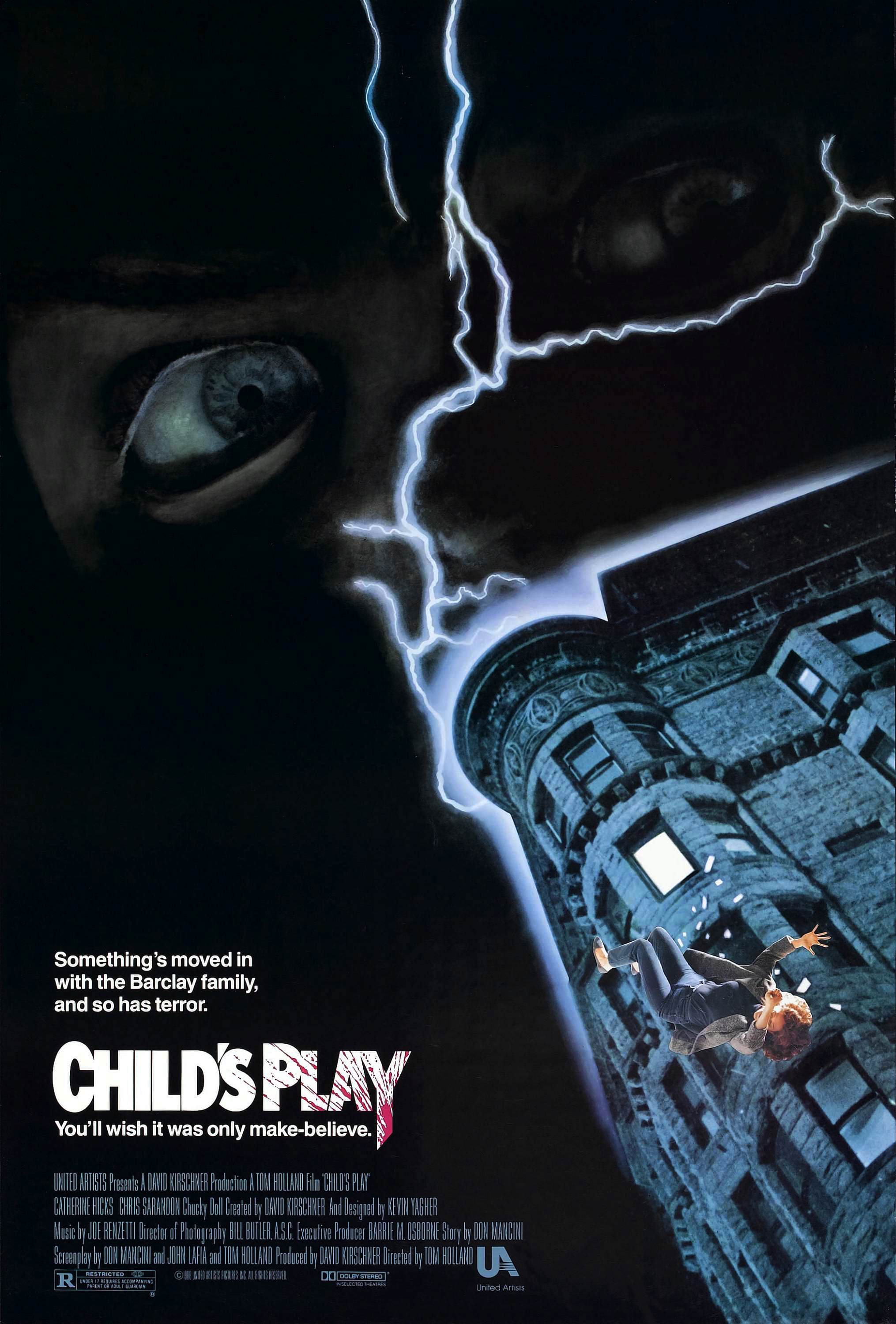 Chucky the killer doll has slowly become synonymous with comedy horror. He is a character that has lost his bite and gone from a cinematic horror icon to having his movie slowly released straight-to-DVD with little to no fan-fare. This is a huge shame though, because when you go back to where this character started, it is clear why he is a horror icon who refuses to “die.”

The central story to the movie isn’t anything too special but it is a solid way to tell a horror toy story. A birthday, a possessed doll and a small child who isn’t being believed are all tropes we have seen a hundred times, and arguably better, but when the character stalking the family is Chucky, you can give the movie a pass for being slightly too generic. It means we see the usual horror cliches, from tiny footsteps just out of focus, a creepy smiling face viewed with suspicion and gruesome deaths with just one person who knows the actual truth.

Cliched as it is, the horror is done effectively. There are some genuinely tense horror moments, where the scene builds to it’s climax well and you wait for the “killer” blow. It isn’t always very creative but you are always invested and child-actor Alex Vincent plays the role of Andy well, adding an innocence which means you are sympathetic to what he is going through.

The supporting characters are very good, although Andy’s Mother, played by Catherine Hicks, does struggle slightly from being a hysteric scream queen at a time when we have moved beyond this sort of horror character. The real star is of course, Chucky himself. The switch from innocent, smiling doll to the grinning, swearing and fantastically manic serial killer is a great one and Brad Dourif brings the doll to life with such an enjoyable, over-the-top performance.

Enjoyable is the key word overall. This film is a classic horror and that is because it keeps itself entertaining. There is no wasted space or overly complicated lead-in to the main plot and central action. The film has a quick run-time but this is a blessing because the horror starts almost immediately and with a classic 80s vibe, manages to escalate to a great point and a decent finale.

You are forced to look past the fact that Chucky and the whole Child’s Play premise is silly. Possession, voodoo and a killer doll are taken with a tongue firmly in cheek but it is a movie where the central character is scary and witty rather than comedic and likeable, which is unfortunately where this franchise soon heads.

Overall, Child’s Play is a great showcase of how to create an iconic horror character. The horror is cliched and offers little that is new but this matters little when it is executed so perfectly and Child’s Play manages to bring Chucky to the masses and create a pop-icon.