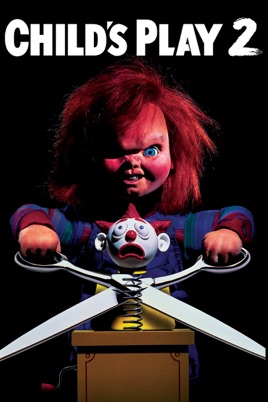 Horror movies have been around for so long now that it is difficult to look past the obvious cliches. The Child’s Play sequel hits almost all of the classic sequel cliches but as long as you expect this and understand that it could be forgiven as a”product of the time” there is a lot to like about the return of Chucky.

So like all classic sequels, the horror is amplified, the gore much more and the story is starting to feel slightly ridiculous. The way that Chucky, who was essentially destroyed, is brought back is quite clever and doesn’t feel like too much of a cop-out. The film doesn’t short-change the effects of the first movie either. For starters, Alex Vincent returns as Andy and his life has been flipped by the events of the first film. Finding himself in a foster home, with more disbelieving adults and a host of new “victims” means the story can go in new places without moving too far away from what made Child’s Play so successful.

That is namely Chucky himself. Brad Dourif returns as the killer doll and his one-liners, cocky smile and foul-mouth all return too. He is still a scary prospect and Child’s Play 2 plays out as a classic slasher should, but there is a smile to some of the quips as he delivers some very inventive kills.

As with the first, you have to look past a silly premise regarding voodoo and possession which at the very least gives Chucky a purpose and keeps Andy’s involvement relevant. You also have to look past the horror sequel cliches that are already mentioned. Any good horror fan will see where the film leads and how events will play out long before they actually do.

Instead, enjoy the sequel for bringing back a very creative horror icon. The finale is enough to show how good this concept is and where you could possibly go for future sequels, particularly as the first film showed that there is no keeping Chucky down.