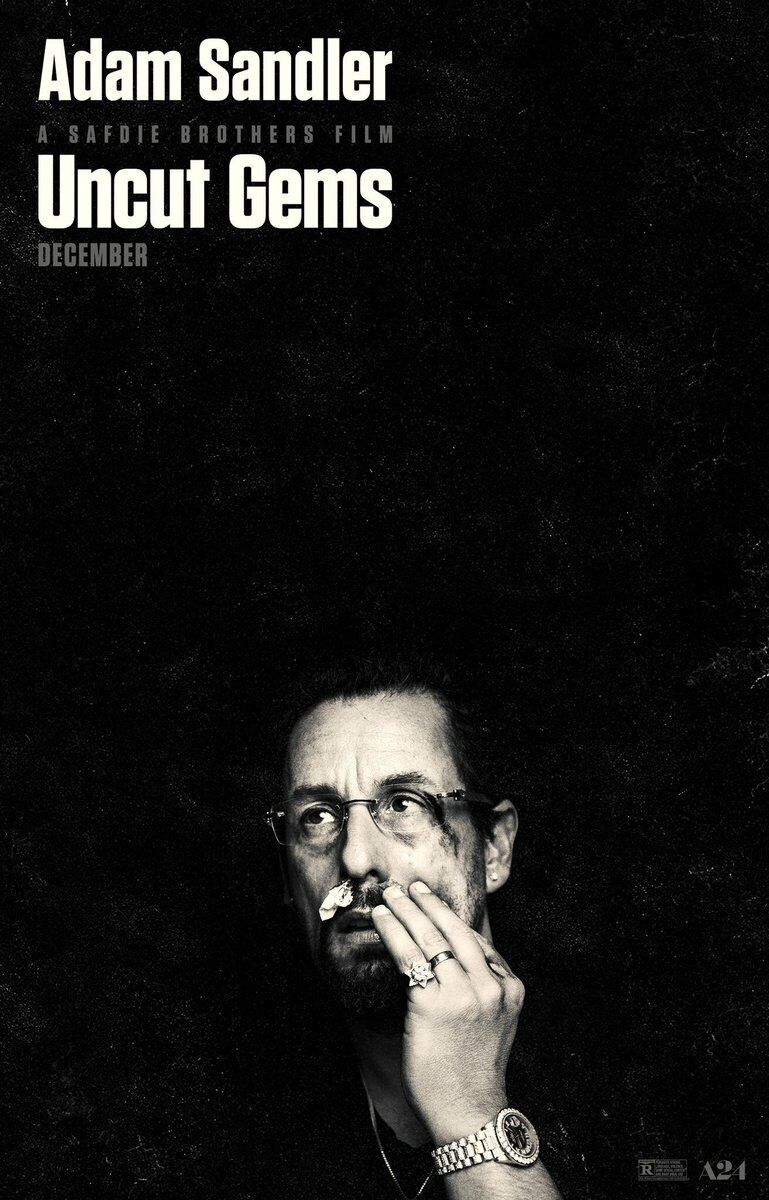 It is easy to forget that Adam Sandler is actually a very good actor. What has become a dive into terrible, throw-away comedies comprising of silly voices and messing about with his friends has glossed over a very talented dramatic actor as well as comedic one. Uncut Gems taps back into what made Sandler a success in the first place and brings his stock back up considerably.

Howard Ratner joins the long list of down-on-his-luck men who strive for that “one last shot” and a quick “get rich quick” scheme. He is likeable in small doses and manages to charm those he needs to, knowing what to say to who and when. By all accounts a success but Sandler plays Ratner as constantly desperate: a man with too much ambition and not enough self-realisation to see his already successful life.

The plot is purely Ratner trying to get out of the vast debt he has by pulling together schemes and playing off many different people. There is a heart and some good in Sandler’s character but at times it is difficult to see it and you are never completely on his side. This isn’t helped by a character who doesn’t help himself. You find yourself amazed at the way the plot plays out but exasperated by the decisions this man makes. Whether you find this compelling or unbelievable, you will want to continue watching as his constant reaching for the next big score means he never holds on to what he already has. It is infuriating and interesting to watch in equal measure.

It isn’t a movie of constant action and dynamic scenes though which means at times it can feel slightly plodding. A party involving music star The Weekend marks a random low-point but other cast elevate the movie and keep the interest, from LaKeith Stanfield through to a surprisingly effective Kevin Garnett in a bizarre sub-plot.

Some of the more plodding aspects of the story are made up for in the finale. The movie manages to craft a compelling situation for three or four key characters all hinged around a single event. What plays out from there is intense and surprising right to the point of the credits rolling.

Overall, Uncut Gems is a classic movie following an unlucky dreamer never content with his considerable lot. Sandler brings the character to life well and adds some charm to a widely dislikeable protagonist. The story dips and swells but reaches a exciting and satisfying conclusion.