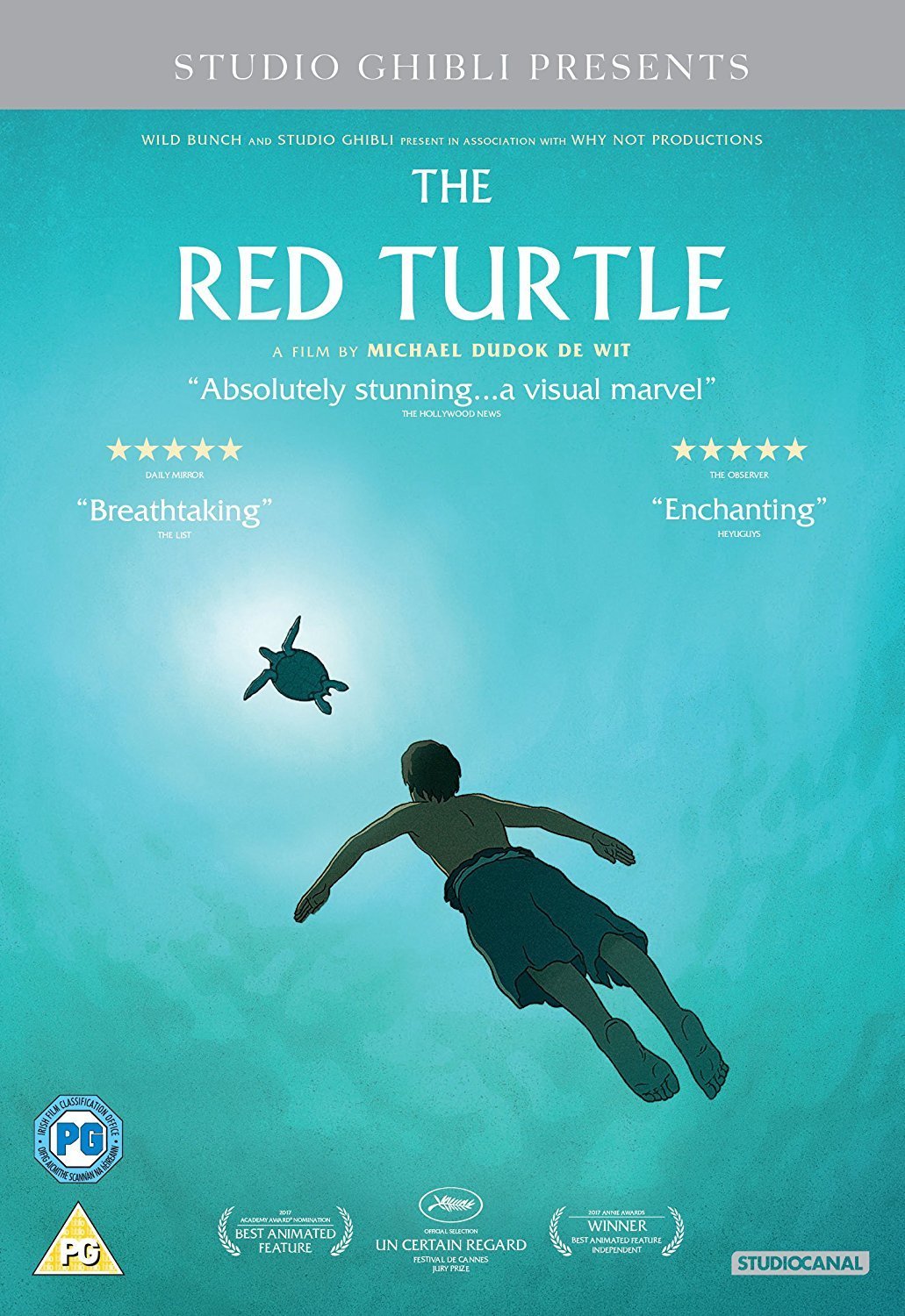 There is something beautiful and bold about The Red Turtle which means the moment it begins you are sucked-into this world of a castaway. The animation is glorious, with pure and simple technique which does just enough to bring the world to life. It is a great counterpart to the overly produced Disney or heavy CGI which makes-up most of animation today.

Those first moments of our “hero” being shipwrecked and marooned on an island are wordless (as is the whole movie) but never less than totally compelling. Moments of hope are quickly dashed, moments of levity delight and there are even tense moments of peril which will make the nervous of dispositions look away. All of this brought to life in such a creative fashion.

Once the titular characters does show-up, the film offers conflict and a moment which will divide. There are some which will feel the main character’s actions justified while others will be shocked. Nevertheless, you will be engrossed by the events and the mystery which surrounds The Red Turtle of the title.

This mystery unfolds in an intriguing way and although it is never fully clear what is happening or how it can be happening, you are sucked in regardless. There is sweetness to the events which play-out and moments will still bring a smile, particularly as each has a unique innocence. This can only last for so long though.

The Red Turtle is not a film which feels pressured to tell a story with pace or excitement. It is intriguing and beguiling at points but as the film unfolds that feeling of inquisitiveness slowly dissipates. The movie slows to a snail pace and it lacks any seemingly coherent direction. It doesn’t need dialogue, it could even be much better for not having any, but at times it feels like some sort of discussion or even conflict may have helped bring some spark to the film.

There are some moments of thrill, when a set-piece or key scene shakes the foundations of the key characters but nothing that lingers and instead we get a melancholic animation that never truly matches what it began as with the first 20 minutes. The Red Turtle instead demonstrates an arrogance, clearly trying to convey a message with an ever so slightly ambiguous, slow and sometimes boring plot.

This is all compounded in the final moments. There is a message of family, loss and moving on but if the events of the film were designed to get you to that conclusion, it does so in a less than effective way. Once the final credits roll, you may find yourself wondering how the film is less than 90 minutes when at times if feels like it is not moving forward at all.

Overall, The Red Turtle starts so strongly. It has amazing, simple but effective animation which grabs the attention, as does the events of a man stranded on an island. Once The Red Turtle makes it’s impact, the film begins to slow and lose momentum, instead becoming a dull, ambiguous tale which may or may not be making a message about family and/or the environment.