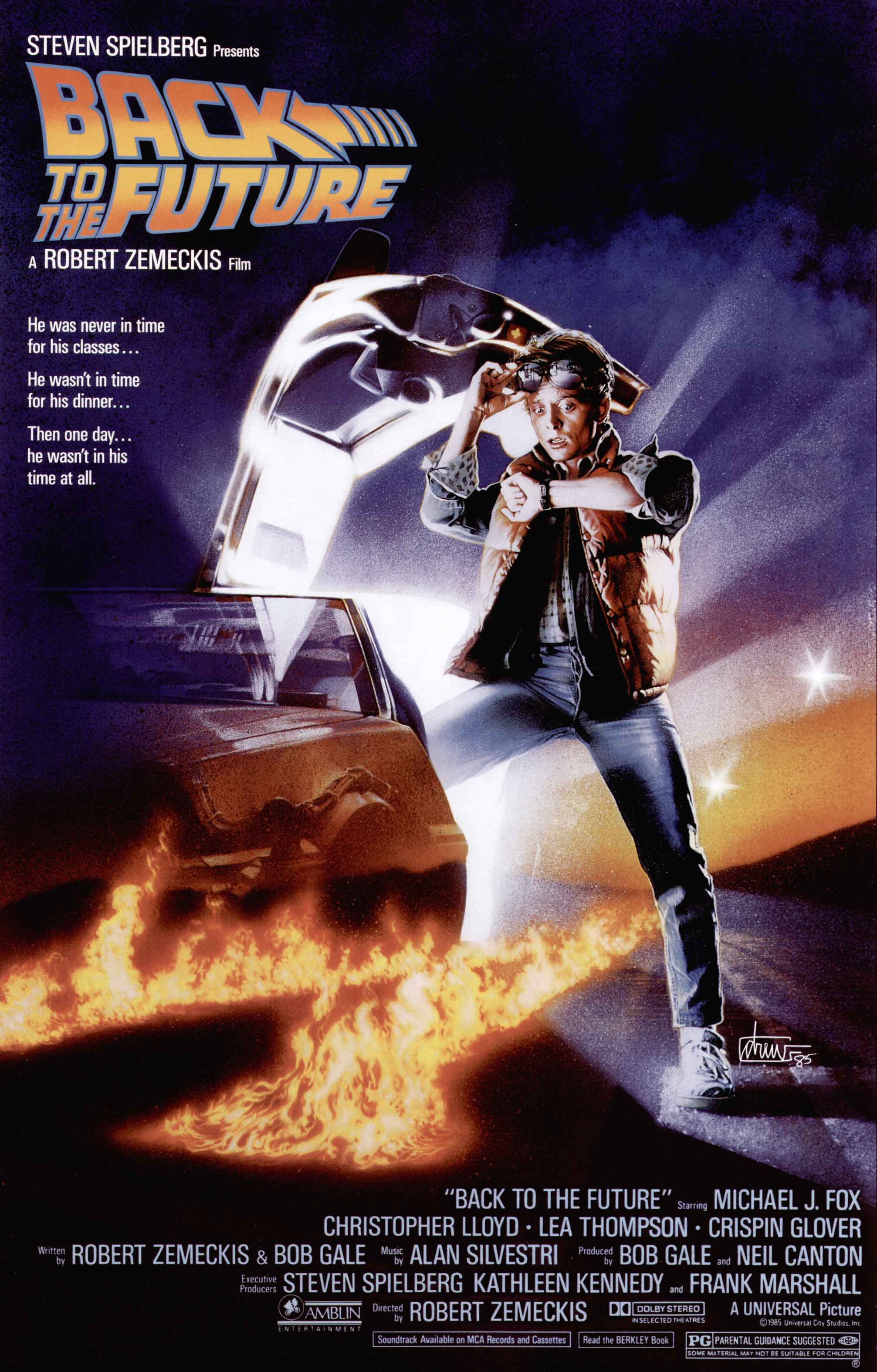 It’s easy to see why Back to the Future has become such a classic, iconic movie. If you broke down what it was about you may struggle to find many people who are interested but take all the smaller aspects, the parts that build the whole, and you get a fantastic movie as a result.

For starters we are introduced to Michael J. Fox’s Marty McFly. He isn’t a very charismatic teenager, super-cool or ridiculously geeky. Marty is a normal teenager. He likes music, sleeping and has trouble getting to school on time. He isn’t trying to hurt anyone but isn’t exactly wanting to take an adventure through space and time either. This is why he is so perfect as the character to send back in time.

Fox manages to make McFly, a lazy, lay-about, really likeable. He is constantly exasperated and forever out of is depth. The fact that he has to try to save his own existence, especially when things aren’t particularly great for him anyway, is part of the film’s lasting charm.

Add to Marty the heavily under-used but very memorable Christopher Lloyd as “Mad Professor” Doc Brown. He is just bordering on crazy and from the moment he is on the screen he improves the movie. He acts as Marty’s guide through the crazy adventure and it’s testament to his impact here that he is used much more heavily in both Part 2 and 3 of the story.

Part 1 is Marty’s tale though and the way in which director Robert Zemeckis manages to tell a story involving parallel time lines, accidental incest and a healthy mix of teenage angst and prom dancing is pretty incredible. Back to the Future may be a film about time travel but it is also very funny, much of this down to Marty’s parents, Lea Thompson and Crispin Glover. The way they shift from their older versions to their teenage selves is done brilliantly and the fact that it doesn’t jar when you watch is down to their acting ability.

As well as the great comedy, Back to the Future is also an action-adventure. There is some decent, credible threat and the finale is a great one. The effects still hold up today considering they are 30 years old and I defy you not to want to jump and cheer even slightly as the lightning strikes and the DeLorean (a brilliant choice for the time machine) hits 88 mph.

Add to that the fact that Back to the Future could well have ended as one, single movie but manages to have one of the greatest sequel teases ever. I can’t help but get goosebumps as Christopher Lloyd’s Doc announces “Where we’re going, we don’t need roads” and the DeLorean flies (!) towards the screen!

Overall, there isn’t much to say about Back to the Future that hasn’t already been said. An iconic movie for all the right reasons. The cast is brilliant, with Fox shining as Marty Mcfly. The story is a clever one with lots of great, very funny moments and if you add to that a fantastic, exciting finale, you get one of the best family sci-fi movies ever.