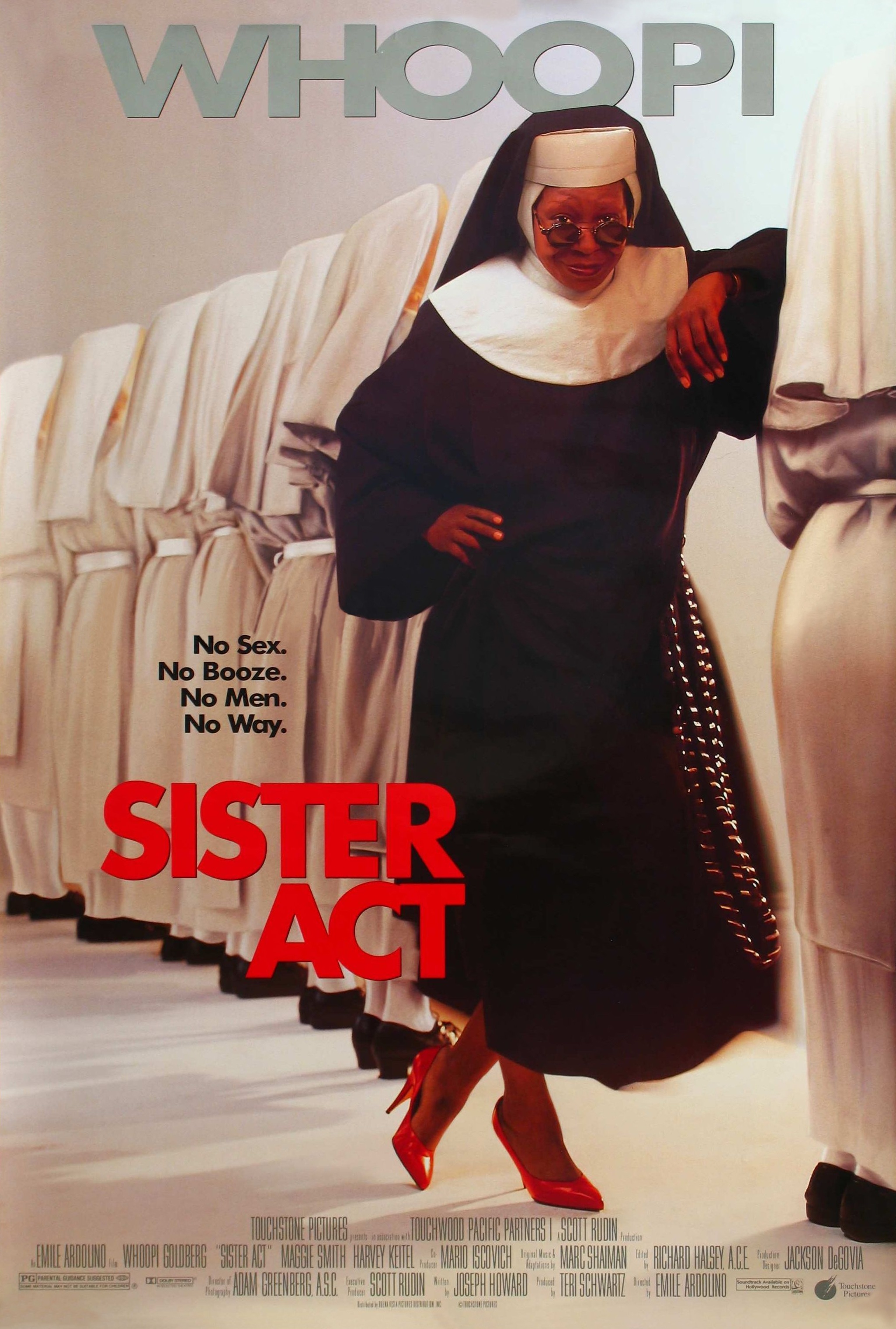 Hollywood don’t make “star-vehicles” anymore. Aside from the Mission: Impossible movies which showcase the best of Tom Cruise and Vin Diesel’s control of the Fast and Furious franchise, very few films feel like they’ve been made for a particular actor. Sister Act does feel like it is a showcase of Whoopi Goldberg’s talents though and it would be a difficult job to find someone who fit so comfortably into her habit.

Goldberg is effortless as the loud-mouth, brash and brazen witness protection singer who is housed with nuns. It is a classic fish-out-of-water story but there is enough of a unique element that it never feels too stale. Goldberg’s comic timing is perfect and she plays off each situation and every other character very well.

None more so than Maggie Smith who shines as Mother Superior and adds that cold, cutting  but razor-sharp comic delivery that saw her as fan favourites in both Downton Abbey and the Harry Potter franchise. Her altercations with Goldberg, each with a perfectly raised eyebrow and look of shock and condemnation, work brilliantly. While these two are clearly leading the charge, they are ably supported by Kathy Najimy and Mary Wickes who never miss a beat and add some heart and depth to characters who could have been one-dimensional.

The story itself is very simple but that isn’t necessarily a problem. It sets up the premise, plays it for laughs and brings the movie to a feel-good conclusion. There are very few movies keeping their plots this straight-forward and Sister Act is better for it. That is also the case for the jokes too. There is nothing too crass. It never belittles the faith of the nuns, their lifestyle and the nuns are rarely the butt of the jokes. It never forces a laugh but is still a very entertaining movie.

It does feel front-heavy with the jokes though and the pace of the movie suffers because of this. The two main focuses, the mobster villain and the singing nuns, both suffer from major flaws. For starters, Harvey Keitel is a great mobster villain but is massively under-used. He is in the movie at the beginning, pops in occasionally and appears at the end but it never really feels like he gets to stretch his acting talents, particularly for comedy.

The singing aspect also feels under-used. There is a huge, feel-good set-piece at the end but considering this is a key piece of the story, much more could have been done with this aspect. When the songs do happen though, they are great and manage to add a new dimension to some classics.

Overall, Sister Act is a vehicle for the comedy and acting talents of Whoopi Goldberg and it suits her perfectly. She has great chemistry with the cast, some fantastic comic timing and the story manages to entertain without ever outstaying its welcome. A few issues with key characters and plot points lower the value but this is never less than entertaining.