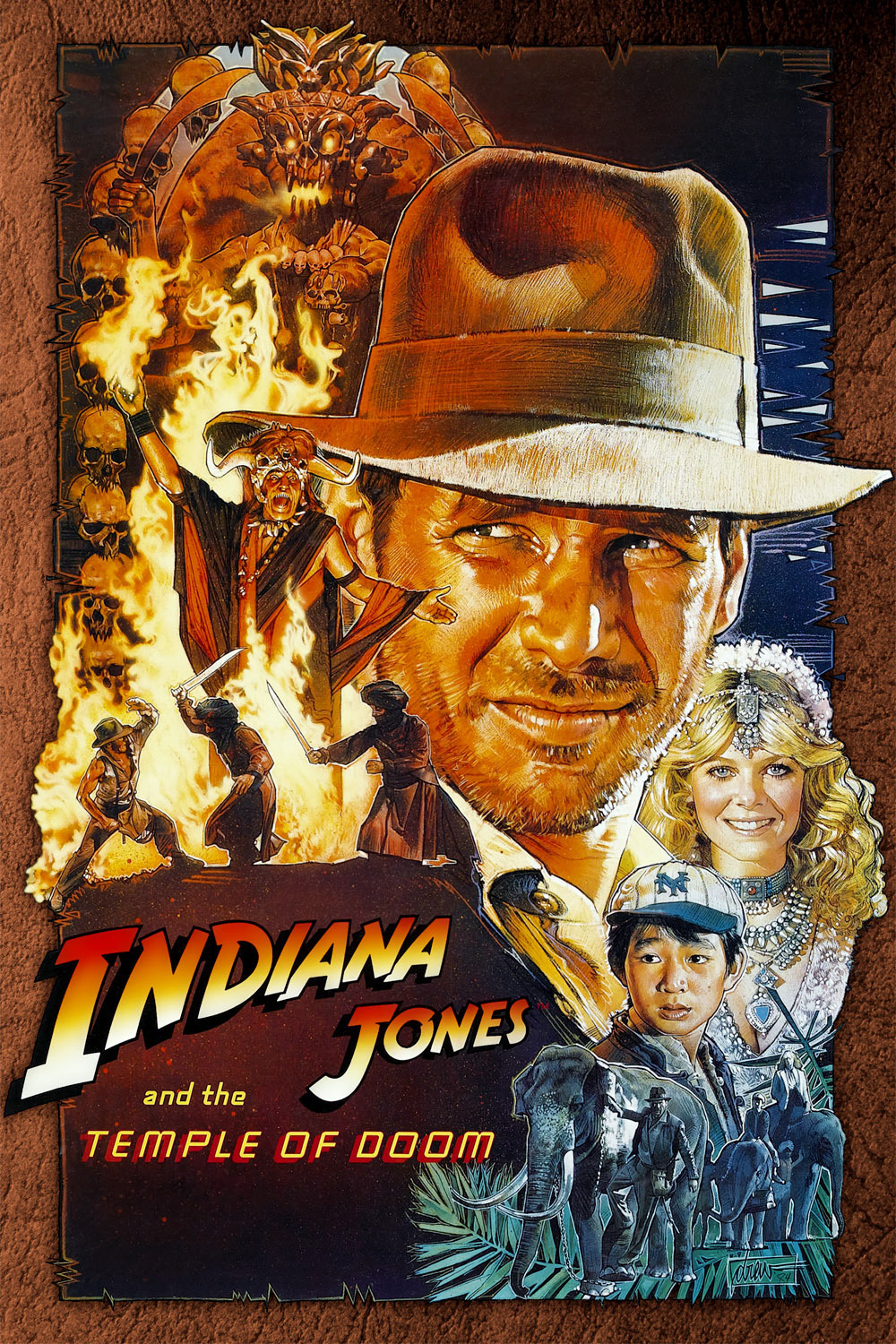 There is a clue in the title of the sequel (prequel) to Raiders of the Lost Ark: Temple of Doom is silly. There was something perfectly supernatural about Raiders of the Lost Ark that is lacking from Temple of Doom. The tongue-in-cheek adventure that captured something of the pulp 1950s TV serials is replaced with a story which is fully-supernatural, more ridiculous than adventurous and in some cases completely nonsensical.

That isn’t to say there isn’t some of the Indiana Jones magic that made Raiders so successful. The opening is a great piece of chaotic action as Indy is forced to fight goons and villains while hunting for an antidote to the poison he accidentally consumed. It mixes action, humour and the Indiana Jones charm we came to expect from the previous movie.

Unfortunately, this isn’t maintained. A ridiculous action-sequence involving a plane and an emergency raft leads to a story about Indy and his two new companions searching for a stone that brings fortune to a small Indian village. This is via a temple which has an unusual meal scene mixed with heavy exposition. For a film with such a simple plot, it seems to force exposition and try to include a convoluted plot which is simply about child slavery, voodoo and ancient creepy rituals.

Which leads us to the more absurd aspects about the movie. This is a film which involves possession, sacrifice and violent trances. At one point Indy himself becomes possessed so much that he turns on his own companions, forgetting why he is in the temple at all. The villain, who is as moustache-twirling and one-dimensional as they come, can seemingly pull hearts from people’s chests without killing them. As supernatural as Raiders was, it never felt too ridiculous that you were taken out of the “real world.”

Due to this, Temple of Doom never feels like a proper Indiana Jones film. It doesn’t sit next to Raiders comfortably. This is despite it still containing some amazing action sequences which fit into the Indiana Jones canon very well. Ancient booby-traps, bugs and creatures and a thrilling mine-cart chase shows that Spielberg still has the ability to pull magic from the mediocre.

This goes for the finale too. The final sequence involving a rope bridge manages to tie the movie together well and as ridiculous as the movie is, it ends very strongly and feels like the Indiana Jones of Raiders after-all. This is mainly down to the work of Harrison Ford. He plays the part so well and manages to maintain the cheeky charm but intelligence of a college professor effortlessly.

His companions are a mixed bag. Jonathan Ke Quan is his child companion, Short Round. Having a kid as a companion works well for a story involving missing children used as slaves but he is also a great comedy foil. His scenes with Ford have a great charm to them which gives the impression of a deep, well-seeded relationship.

The same can’t be said for the female lead. Kate Capshaw is Willie Scott, a whiny, shrieking lead who is more annoying than supportive. She plays the damsel-in-distress very well but offers little of any other value and in some cases manages to take away from the quality of the film.

Overall, Temple of Doom is a dip in quality from Raiders. Although it has some great action sequences, another stellar performance from Harrison Ford as Indy and a very exciting finale, it relies too much on silly concepts which take you away from the pulp adventure feel that made it so successful initially.